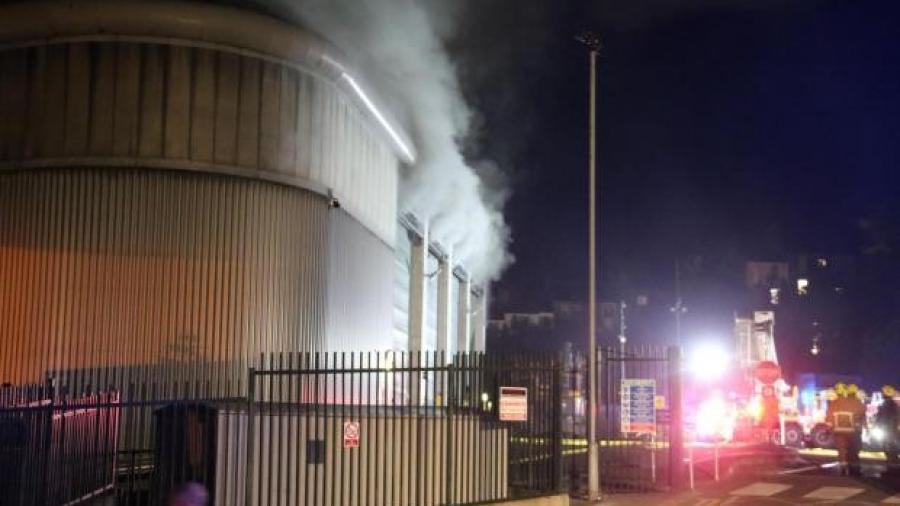 On Monday morning I received a number of emails from constituents living near the waste recovery facility (WRF) in Hollingdean. The previous evening a fire had broken out at the depot, and worried residents were understandably extremely concerned to wake up to find their homes filled with smoke – with one constituent telling me that the smoke was so thick it set off her smoke alarm at 2am.

Thankfully it seems that no one was injured as a direct result of the fire, but residents in the area are understandably concerned about the impact of smoke inhalation on their health.

When I heard about the fire on Monday morning, I immediately contacted Brighton and Hove City Council about the situation. I’ve also written to Veolia who manage the WTF.  Nick Hibberd, Executive Director for Economy, Environment and Culture at the Council replied with further details of the situation from the Council’s perspective, and also sent me copies of the advice they received from Public Health England (PHE), I’ve coped below the statement the Council shared on their website, along with the advice they received from PHE.

In his response Nick Hibberd said:  “Veolia will be undertaking a full review of the fire and we will work with our partners East Sussex County Council on reviewing both the incident and how our contingency plans have operated.  The review might take some time as we need to focus on business continuity at present.”

Whilst I understand and agree that service disruption to waste and recycling collections is something to be avoided, I also have some further questions about the investigation that Veolia will be carrying out, and I will be going back to both the Council and Veolia on this. With the WTF located in such a densely populated residential location, it’s important that residents have the reassurance they need about safety measures at the depot, and I’d like to have clearer information about any external scrutiny the investigation is likely to receive.

A key issue that constituents have raised with me is regarding communication about the fire, with many noting that they relied on updates from the Argus website. The timing of the fire over a bank holiday weekend may have presented some logistical challenges regarding communicating the issue to residents, but people were genuinely worried, and I hope that this aspect will also be reviewed – and is something I am raising with the authorities.

Residents have also been asking for more information about the materials burnt during the fire – and I am seeking some further clarity on this.

This the latest information I've received from the relevant agencies

Following on from a fire which took place at a waste transfer station at Hollingdean Lane in Brighton late on Sunday night (August 25), East Sussex Fire and Rescue would like to reassure the public that we are working closely with Veolia on fire safety management at their waste transfer sites.

Tom Walby (Incident Commander) said: “Smoke from any fire will contain items that could cause irritation and effect breathing, especially in the elderly, those with COPD, asthma or other respiratory illnesses.  The advice at the time of these incidents is always to stay indoors if possible and keep windows and doors shut, giving time for the smoke to clear.  This advice was given during the fire, with the very hot weather and lack of any wind meaning the smoke took a long time to clear.  If anybody still feels that their breathing has been affected they should speak to their medical practitioner.

With all the rubbish within the premises completely destroyed by the fire, it is very difficult to establish a definitive cause. After consultation with the workers on site, the most likely cause will be due to a disposable barbecue being thrown away in a communal domestic waste bin.  If these barbecues are not completely cold when thrown away, they can easily ignite other rubbish within the bin and the larger pile when the bin is emptied in the waste transfer station.”

We are working closely with Veolia on fire safety management within their premises as part our Primary Authority partnership.

A full investigation has been launched

A spokesperson for Veolia said: “We can confirm at 22.50 a fire broke out at our Hollingdean Waste Transfer Station. East Sussex Fire and Rescue were immediately called and the fire was brought under control. No one was injured and the Fire Service remain on site damping down waste materials. Veolia takes health and safety very seriously and a full investigation has been launched into this incident.”

“We’d like to reassure residents that investigations are continuing following the fire at the waste transfer station in Hollingdean this weekend.

“The council contracts Veolia to manage the disposal of household waste in the city. We’re currently focused on limiting disruption to residents following the fire by making sure collections take place as planned and alternative facilities are being used to dispose of the waste.

“The fire involved household waste at Veolia’s waste transfer station at Hollingdean. The materials were standard waste from streets and seafront rubbish bins. The council followed the guidance from East Sussex Fire and Rescue Service at all times during the incident and the fire service’s advice was shared to provide updates for residents. We also sought advice from Public Health England (PHE) and their team agreed the Fire Service approach with regards to public health safety.

“The council and Veolia will be working together to look at what happened and whether any action needs to be taken.

“For anyone concerned about the effects of smoke, information is available from PHE, details below.”

Some of the substances present in smoke can irritate the lining of the nose, eyes, throat and lungs, and may cause symptoms such as coughing, feeling short of breath, chest pain, runny nose and eyes. In most cases these are short term.

If symptoms persist, seek medical advice call NHS 111.  In the case of an emergency call 999.

If you already seeing a health care practitioner about a long term health condition, e.g.  lung or heart conditions,  discuss your concerns with them.

UPDATE - My letter to Nick Hibberd,  Executive Director for Economy, Environment and Culture at the Council (August 28)

Thanks again for getting back to me on this and for sharing the advice BHCC received from PHE. I've gone back to residents who have contacted me to pass the information on to them.

Following the fire I can understand that avoiding service disruption is, and was, a priority for the Council, and I do appreciate the efforts of those involved regarding this - including your visit to the site in the early hours to get a sense of the situation first-hand. Nearby residents are still raising a number of concerns about the incident though - in particular regarding the way details were communicated to them, as well as seeking greater clarity about the materials burned during the fire, and reassurance about overall safety at the depot.

With the fire occurring during the night on one of the hottest days of the year, many people were asleep with their windows open, and woke up to find their bedrooms full of smoke. One of my constituents notes that:

"The smoke was so thick it set off the smoke alarms in my house at around 2am (and I am up the hill a bit ) There was clearly bellowing smoke still coming from the roof at 6.30am so I am not sure how they were dampening down at 2am and then there is still a lot of smoke over 4 hours later if it was a small contained fire.

"Informing local residents via social media at 2am is pointless. Someone should have let us know, it had an awful acrid toxic smell and taste, if it was bad enough for smoke alarms to go off indoors it was definitely not healthy.

"It was supposed to have a state or the art safety system when it was built as it is in such a residential area. This didn’t seem to be the case, what are their fire prevention-systems?

"As there was still thick smoke in the morning why weren’t  there any members of staff from viola or BHCC on site or nearby to answer residents questions. A website is not good enough. I know of 2 residents who went down to find out what was going on and were turned away with no answers and nobody’s details to contact. People were genuinely worried."

I am still waiting to receive a response from Veolia, and hope to hear from them shortly. In the meantime, if officers are able to get back to me on the above concerns being raised by constituents, it would be appreciated.

Regarding the investigation that you refer to in your reply, please would you clarify what external scrutiny of this will take place - eg by both BHCC and ESCC, and any other external organisations? On a linked point, as you will remember, back in 2017 I contacted BHCC about allegations that had been made about cardboard being incinerated rather than recycled. The investigation that Veolia carried out took months to compete, and the findings were poorly communicated (I had to chase this information myself on a number of occasions). I have some concerns about a Veolia-led investigation when public safety is a factor. More information about the shape of the investigation, how findings will be shared, and the timeframe would be welcome.

Referring again to the cardboard contamination investigation, recommendations made in the subsequent report following the claims included ESCC to continue to make regular unannounced visits to the MRF to monitor contamination and rejected materials, and for ESCC to monitor staffing levels at the MRF to ensure enough operatives are always on site to sort and recycle waste effectively. Are you able to confirm what monitoring has taken place since the investigation and report, and the outcome and findings of any unannounced visits? I ask this, as I would like to feel confident that the recommendations made have been carried out, especially in light of the incident over the bank holiday weekend.

I look forward to hearing from you shortly on this. I'm aware of annual leave constraints - so do understand it feels appropriate for other officers to reply at present.