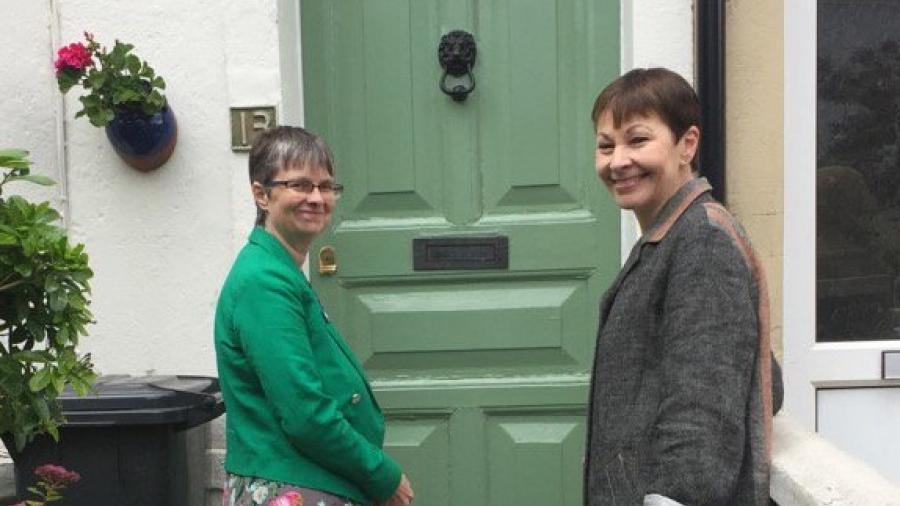 The UK is not in a position to hold a free and fair election because of the distortions to public debate which take place through social media. So say Caroline Lucas MP and the Green MEP Molly Scott Cato who have written to Mark Zuckerberg demanding action be taken to ensure a general election is not disrupted by ‘malign or anonymous political actors operating with impunity’ on the social media platform.

“Both Damian Collins, chair of the DCMS Committee, and Elizabeth Denham, the Information Commissioner, have highlighted the risks to our democracy and electoral processes from targeting citizens with disinformation through major social media channels.  If stronger regulation of social media platforms is not forthcoming, it will not be possible for the UK to conduct free and fair elections.”

Molly Scott Cato, who earlier this year launched a report at Westminster which examined the role Facebook played in abuses of personal data for political purposes, said:

“The referendum campaign revealed how social media is able to undermine our democracy by manipulating citizens through micro-targeted lies and misinformation. Facebook and others must get their platforms in order and guarantee that they will operate in a way consistent with upholding the highest democratic standards.”

Caroline Lucas and Molly Scott Cato make various proposals in their letter including privacy settings set by default to ‘no sharing of personal data with other organisations’; ensuring every political advertisement includes information on the sponsor, the amount spent and the basis on which any targeting was carried out; political advertising be labelled as such allowing simple opt out options; and the blocking of automated posts by non-human agents.

In light of a probable autumn election, both Caroline and Molly have asked Mr Zuckerberg what actions Facebook have taken or are preparing to take and have demanded an urgent response.