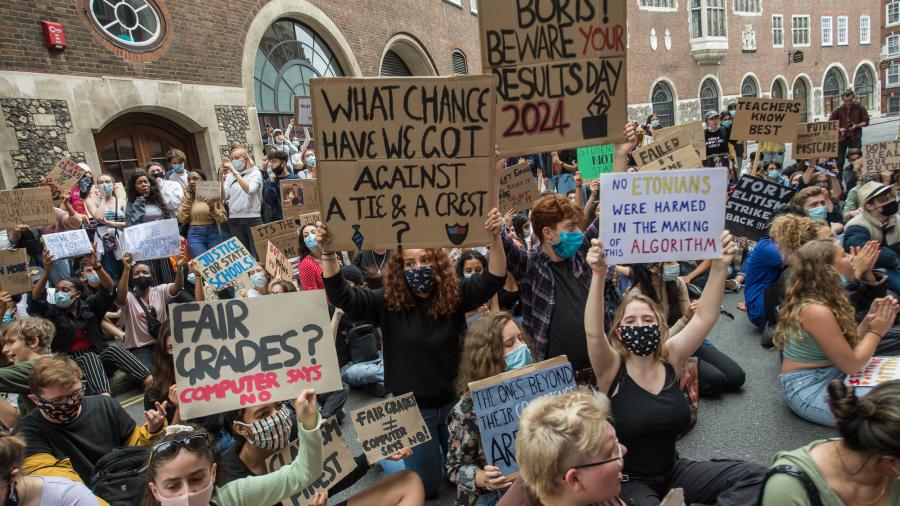 Another day, another U-turn.

Only 48 hours after the Education Secretary, Gavin Williamson, said “this is it … no U-turn, no change”, he has been forced into abandoning the disastrous standardisation model for this year’s exam results, which had robbed so many students of their deserved A-level grades and threatened to do the same for GCSE students.

It was absolutely right that this change was made.  It should never have taken four days to do it.

One of Boris Johnson’s election pledges was that he would “level up” Britain.  With one disastrous algorithm, he not only levelled down thousands of students – he gave them a kick in the teeth in the process.

The stories of students whose futures were snatched away from them by having their A-level scores downgraded have been heart-breaking. They had already been denied a normal education for the past five months; a flawed algorithm then denied them the recognition they deserved.

That was bad enough.  But it was the blatant unfairness which stood out: the discrimination against students from disadvantaged backgrounds who were far more likely to be downgraded, while the small increase in A* and A grades went disproportionately to those from private schools.

This was the direct result of an algorithm which was focused only on preventing grade inflation, regardless of the consequences for individual students. It made it almost impossible for students at historically poor-performing schools to get top grades, however hard they’d studied and brilliantly they had performed in the past.

When the algorithm was tested against last year’s A level results, did it reveal what the outcome would be?  If it did, and Ofqual continued with its use, that is shameful.  As is Ofqual’s secrecy in this whole process, refusing the advice of the Royal Statistical Society unless non-disclosure agreements were signed.

What made it worse was the lack of transparency with head teachers just handed the results for their school with no explanation as to how they’d been arrived at. The attitude has been “tough, you have to lump it”.

Both Ofqual’s chair and Gavin Williamson have now apologised for the “distress” caused, and belatedly acknowledged the huge inconsistencies with the grading process.

That doesn’t go far enough.  All those involved in this debacle should be seriously considering their position, and that should start with the Education Secretary.  But one wonders what a member of this Government has to do before being required to resign?

Signing off a multi-million pound property development to save a Tory donor from a £30 million tax bill?  Not a resigning issue.

Brazenly breaking your own lockdown rules which everyone else is required to follow?  Not a resigning issue.

Destroying the hopes and dreams of thousands of teenagers with a botched exam grading system?  Not a resigning issue.

There’s something else which is also typical of this Government – Boris Johnson’s failure to show leadership when it matters.  He disappeared at the start of the coronavirus crisis, and did a vanishing act again when this crisis unfolded last Thursday.  Incompetence matched with cowardice.

Let’s be clear: this year’s results were always going to be an anomaly.  If students cannot sit exams, then the resulting grades cannot be directly compared with those of 2019 or 2021.  Gavin Williamson was always drawing a false comparison by defending his botched system with talk of fairness to students in other years.

His U-turn will allow schools to focus on their re-opening in September, rather than on an extended and impenetrable appeals process which threatened to absorb weeks of teachers’ precious time.  The Prime Minister has said it is a national priority – unfortunately, it is one in the hands of a minister who has shown how little he understands about how schools actually work.

And the tragedy for many students is that the damage has already been done.  Some universities have already filled their places with privately-educated students who got their predicted grades or even better, with no capacity left for those who were initially downgraded. The door has shut for those thousands who were cheated of the results they deserved.

It’s those names and faces we should remember when Government ministers next talk about “levelling up”.