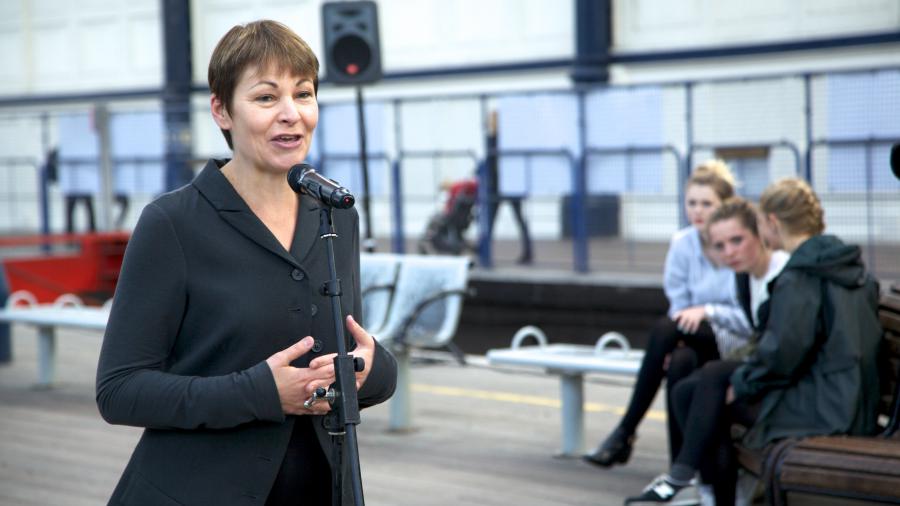 - Caroline plans to see Minister later as she worries that 'someone could be injured or worse' in chaos.

- She calls for 'Emergency Summit' between key stakeholders including Government, the train company and Network Rail.

Caroline is demanding an 'emergency response' to the train crises gripping Southern England. Her remarks come the day after Brighton station was closed after serious overcrowding and people were stuck on trains for long periods in the baking heat. She wants the Government to step in and call an urgent summit immediately.

“This is an emergency situation which requires an urgent response. I'm seriously worried that someone could be injured or worse. The Government must immediately call an emergency summit between all key stakeholders including Network Rail, the train company and Ministers”

“The horrendous situation at Brighton Station was a new low for this failing train service. I’ve heard reports of passengers fainting and being stuck on sweltering trains on an extremely hot day. The failures yesterday were caused by a combination of problems with Network Rail, some of which were unavoidable, plus the usual delays on the service and what looked liked serious failures at Brighton station. Specifically I’ve heard reports of communication failures outside the station – and serious overcrowding on the platforms.”

“I’m doing all I can to meet with the Minsiter responsible for trains later today to demand action to repair this failing service. Passengers have suffered for many months now and, with a new Government in place, it’s time for real action to address the multiple problems with this service. As a start the Minister should signal his intent by taking the service into public hands so Government can truly get a grip on it.”