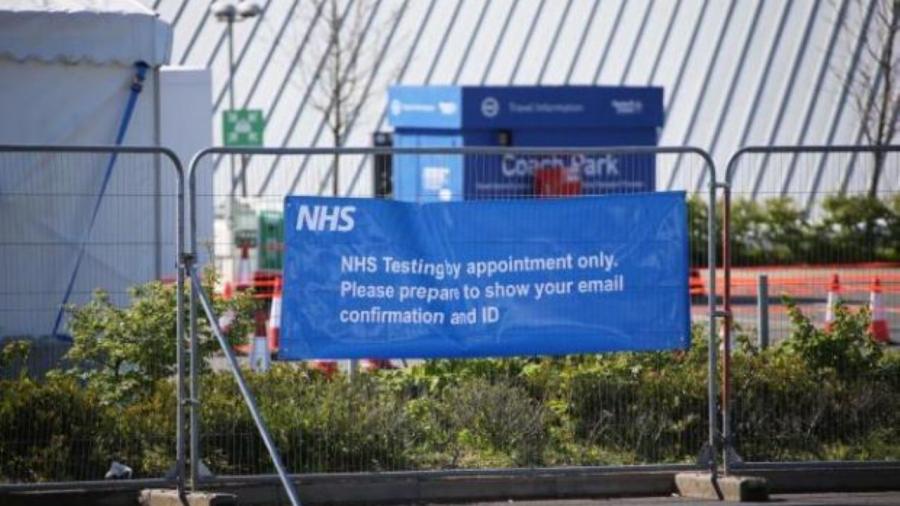 "Hands, face space and if you have symptoms, get a test", were the simple instructions that only last week the Health Secretary, Matt Hancock, told Parliament we should all follow.

What he forgot to say was that there isn't actually enough capacity in our laboratories to process the number of tests needed to meet demand right now. So while his message is (for once) very clear, for many of my constituents, and others up and down the country, it is proving impossible to follow.

In recent weeks I've been contacted by scores of constituents who cannot get appointments at a COVID test centre, or a home test kit sent out to them. Others have told me they have been offered appointments at test centres many miles away, like Dorset, or the Isle of Wight, a 5 hour round trip by car and ferry from my Brighton Pavilion constituency.

Yet the mobile testing unit (MTU) in Brighton has free slots available, but they are not being offered via the official online booking system, seemingly because the pressure on laboratories means they cannot be processed right now.

Ministers have yet to acknowledge the full scale of the problem. Instead they resort to statements and pledges about aspirational future testing capacity, hoping that we will impressed by promises of futuristic sounding projects like 'Moon shot'.  We don't need a Moon shot - we need the test and trace system that we were promised, but still haven't got.

Just as a reminder, those broken promises include the Government’s pledge of a “world-beating” system that the Prime Minister said would be in place from the 1st June. We’re still waiting. There was another pledge that from the 6th July care home staff would be tested weekly, and residents monthly, to identify anyone with the virus and reduce transmission - this one was quietly pushed back to September. More recently, the Department of Health and Social Care (DHSC) said that by Friday 4th September, nobody would have to travel more than 75 miles for a test.

We're in the midst of an unprecedented health crisis, and we need to have confidence in the Health Secretary’s ability to do his job, confidence that diminishes with every broken pledge and missed target.

Nobody doubts that the Government continues to face significant challenges. But ministers’ failure to be honest about problems when they occur and evasiveness about the steps they are taking to resolve capacity issues, erodes trust.  More importantly, it could have serious and costly impacts on the nation's health, as well as our economic recovery. We need to have a much clearer sense of Covid in our communities so businesses can re-open with confidence.

My work in Parliament

I've been tabling parliamentary questions about the current testing debacle; I've written to the Health Secretary, and spoken to the Prime Minister directly to make my concerns known. None of the responses have been satisfactory.

The Prime Minister has said that the Government is "working hard" to increase testing capacity to 500,000 tests a day by the end of October. With data and studies suggesting that Covid rates are doubling every 7-8 days, we need enough testing capacity right now so that those with symptoms can get tested.  The beginning of this crisis showed us that even short delays can have huge impacts on public health.

With schools, universities and many work places now open, the risk of community transmission is significant, never mind the “rule of six”.  Ministers need to get a grip on the testing system, so we can all have greater confidence as we move towards winter.

What constituents are telling me

"I developed a symptom yesterday and was advised by NHS 111 to get tested. However, there were no home tests available yesterday or today and the info I got on nearest drive-throughs is Newport (apparently Isle of Wight, not Wales, although it doesn’t tell you that) and then Coventry."

"We did get a test slot in the end, but only after a day and a half trying. The slots go so quickly that it's blind luck if you happen to look in the minutes after they are posted. We saw 60 tests at Gatwick gone in about minute on Sunday morning."

"I have been trying to get my daughter a test for 3 days now. The website for 2 days didn't show any drive-thru centres available nor home tests. Now we have been told to go to Southampton for a test centre.  Yet when I click on the option I am told there are no longer any available slots."

"After numerous attempts at trying to get a test I have now given up.”

"Just getting in touch to air my frustration at the problems in accessing a covid19 test for my 8 year old son. He is asthmatic and often gets a new and persistent cough which is how his asthma presents itself. He had been back at school for 3 days and already come down with something that has triggered an episode where he's constantly coughing. There is absolutely no way of getting a test so  we now have to self isolate for 14 days and likely to have to repeatedly do this through autumn/winter as each time we're unable to rule out Covid19 when it is most likely to be his asthma."

"I’ve been trying for the last two and a half days to book a test for my son. After over an hour on 119 queue the phone was put down on me twice. Online it is always “no site available” when the Withdean facility is open and empty ... but they cannot do it without an appointment”