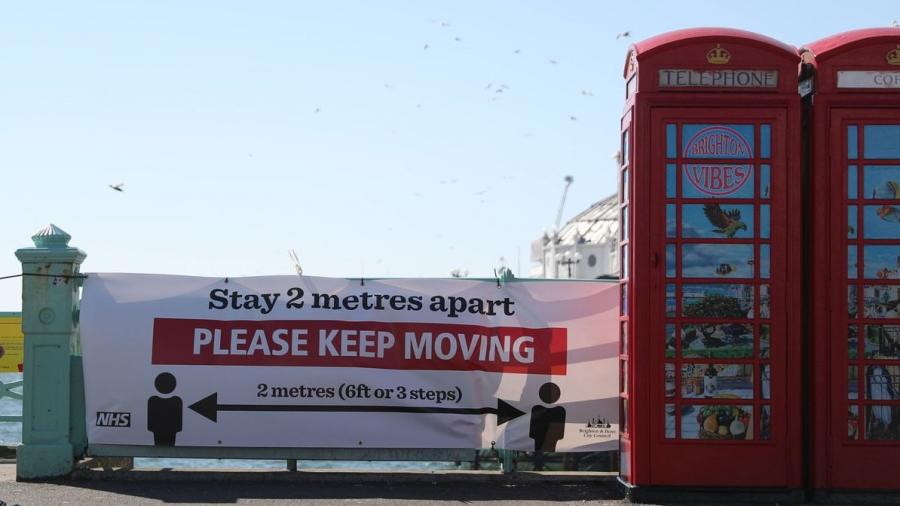 Coronavirus and the real difficulties it is creating for people continues to dominate my Inbox.  Even though the Government has rolled out unprecedented measures to support small businesses, employees and the self-employed, as well as some changes to the welfare system, there are still many people falling through the gaps, and their situation is becoming more and more desperate.

This crisis has raised the issue of what more can be done to protect self-employed people in the future and what this means for the self-employed economy.  I took part in a meeting (via video link) bringing together a number of organisations in Brighton via The Projects, which included Wired Sussex, Trade skills 4U, Brighton Digital Women, Community (the union for self-employed people) and others.

One of the issues which became clear was that the Government’s support scheme, known as SEISS, doesn’t properly reflect the realities of self-employment today.  The newly self-employed, those with mixed incomes (partly through self-employment, partly through a paid job) and those who’ve set up small limited companies who pay themselves via dividends, are all missing out on the protection scheme.  Meanwhile women who took time off within the last 3 years to have a child will also lose out. I wrote to the Treasury about this, and also raised concerns that the banks are not acting in the common good either by not offering government-backed loans, or by imposing relatively high interest rates even though they can borrow at zero percent interest.  You can read the letter in full on my website here.

The furloughed workers scheme supports those who have been laid off by their employer during this crisis, with the Government picking up 80% of their wages, back-dated to Feb 28th.  But people who had a job offer at this time, but hadn’t yet started work, are being excluded.  If, as ministers have advised, a job offer constitutes being hired, then it seems very unfair that new-but-not-yet-started employees are being denied support.  My letter to the DWP is here.

The lack of testing, particularly for frontline NHS staff, is frankly a shambles and a real cause for concern.  It is impacting staffing levels in the NHS as so many doctors and nurses are having to self-isolate because a member of their family is unwell, and they can’t find out if they have coronavirus themselves.  It is also unforgiveable that we are asking NHS staff and care workers to put themselves at risk without a testing system in place and without personal protective equipment.  I wrote about these concerns in the iNews – you can read it here.

Our future after Coronavirus

It is already clear that coronavirus is changing us as a society.  This Government is having to embrace ideas which would never have been given the time of day only months ago – including the critical role of the state in supporting the most vulnerable.  There is the danger, though, that as soon as the crisis has passed, we will go back to business-as-before and the need to restart our economy will exacerbate the other crises we face, the climate emergency and biodiversity loss.  We need to use this moment to pivot to a different way of running our society and economy.  I wrote about this in my column in Metro.

The latest international event to fall victim to the pandemic is the UN climate summit, or COP26, which was to have been held in Glasgow in November.  It has understandably been delayed until next year, though worryingly, no date has been set.  The climate and biodiversity crises remain as urgent as ever, and in an article in PoliticsHome, I urged the Government to use the delay to change course and show what climate leadership means in the wake of a pandemic and global economic crisis.

On Friday I joined the first call of the "Sussex Resilience Forum".  It’s one of a number of groups set up across the country to plan and prepare for local incidents and major emergencies.  It includes organisations like the council, the fire service, the health authorities and the police – all of whom are deeply involved in the response to coronavirus.  We spoke about issues concerning local policing and health services in Sussex and I again raised my concerns about the lack of personal protective equipment for NHS staff, and crucially for care workers in care homes and in domiciliary care.

Staying in touch with Brighton and Hove City Council

I am also regularly meeting (via video link) with Brighton and Hove City Council's Chief Executive Officer's team.  These calls, which involve all the MPs in Brighton and Hove, give us an opportunity to raise urgent issues which come up in our case work.  Among the issues we discussed were personal protective equipment for NHS and care workers, capacity within council departments to deal with the crisis, housing and homelessness and ways to protect the local economy.

Help and support available in Brighton

You can find the links to the Council’s website, and those of other organisations in Brighton offering information or support, on my website.

I was pleased that ministers listened to concerns, raised by me and many others, about children who are eligible for free school meals going hungry over the prolonged Easter holidays.  More than million children receive free school meals, many of their families will be struggling even more because of the shutdown of so many sectors of the economy.  At the weekend, the Government agreed to extend the Free School Meal Voucher scheme over the holidays.  I will press for the vouchers to be redeemable in local food stores, as well as supermarkets.

I continue to press for arrangements to be made to allow MPs to hold the Government to account, even if we can’t physically be at Westminster.  With advances in technology, it should be perfectly possible to find effective ways of doing this.