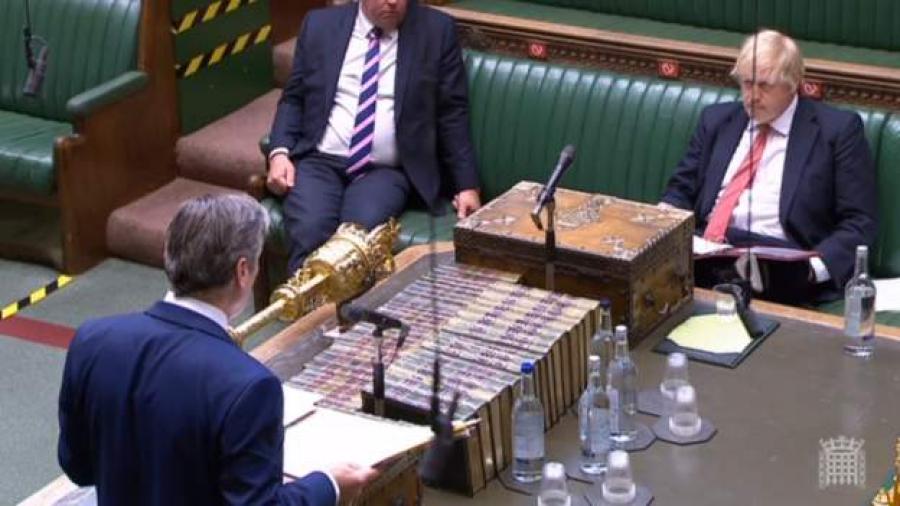 CORONAVIRUS DEBATE IN PARLIAMENT
Monday, May 11, 2020

At times of crisis, it’s true the Opposition should be constructive.

But we must also speak the truth – and the truth is that the Government’s handling of this crisis has been a disaster.

The Public Inquiry, which will inevitably happen, will have no shortage of material to consider:

Of course no government will get every decision right, facing challenges of this magnitude. But we have to understand how – at every point in this unfolding crisis – this Government have made the wrong judgement calls - and their unforced errors have cost lives.

This isn’t about having the benefit of hindsight. It’s wilfully choosing to ignore evidence in front of you…. And British exceptionalism leading Ministers to believe their way is always best

We shouldn’t wait for an inquiry after the event to learn lessons from this disastrous approach - because getting answers now can help save lives today.

In particular, the new Track and Trace operation must learn from the weaknesses of current top-down centralised control. It must be driven at a local level, not contracted out to remote private sector companies, with Directors of Public Health and Environmental Health Officers leading the delivery of a decentralised, community-based operation.

Meanwhile, too many of the Chancellor’s economic support schemes are failing businesses – and in my Brighton constituency, they’re desperate

The Self-Employed Scheme, for example, should include small business owners who take their income in dividends; allow flexibility for those who combine PAYE with freelance work; and stop discriminating against new start-ups, and women who have taken time out in the last 3 years for maternity leave and childcare.

Businesses also need reassurance that the Job Retention scheme will continue for as long as it’s needed – that the 80% furlough rate is not going to be reduced any time soon.

As talk starts about opening up the economy again, it’s even more vital that furloughing be made more flexible, allowing short-hours working so that businesses can prepare, and its withdrawal tapered to avoid any cliff edges. This is critical for sectors like tourism and hospitality which are key to Brighton’s local economy.  (2.20)

Mr Speaker, the coronavirus pandemic has turned the world upside down, exposing major weaknesses in our economy and deep-seated inequalities in our society, with the most vulnerable hit hardest.

‍But what we do next could change everything.

As the world recovers, we have a chance to reset the clock and build back better than before.

If we don’t, we risk leaping out of the Covid frying pan into the Climate Change fire.

There should be no going back to normal, because normal was intolerable for far too many people, as well as trashing nature and the environment.

It’s vital that the recovery plan decarbonises the economy in a way that also tackles grotesque levels of inequality.

A transformative Green New Deal could create hundreds of thousands of new, decent and secure jobs.

So let’s harness people’s growing recognition of the importance of clean air and green spaces – and combine it with the new realisation that when government chooses, it can spend at speed and scale.  Look at evidence that Green recovery packages deliver far higher returns than conventional stimulus spending – programmes like mass home insulation schemes, reducing emissions and fuel bills, creating jobs right across the country.

And let’s resolve that there should be no unconditional hand-outs of public money to prop up carbon intensive industries.  That instead, funds should be used to support workers and restructure industries to bring them in line with the Paris climate commitments.

Finally we also need to listen to the scientists who have warned for years that deforestation, exploitation of wild species, and the unrelenting expansion of intensive farming, infrastructure and global air travel have created a perfect storm for the spillover of diseases from wildlife to people.

And having listened, we urgently need to act.