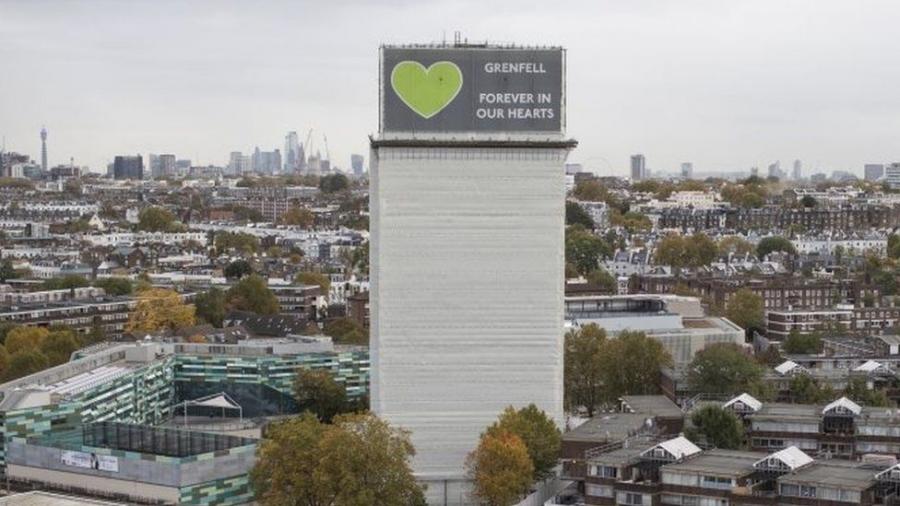 Three and a half years on from the Grenfell tragedy there are still millions of people living in unsafe homes with flammable cladding. This is a Government failing of monumental proportions.

It’s bad enough that so many people are living in dangerous homes, what’s even worse is that those who find themselves in the position of going to bed every night in a building deemed unsafe are having to pay extortionate sums of money for 'waking watch' patrols in order to alert them quickly in the event of a fire.

Through no fault of their own, and having purchased leasehold properties which were deemed safe at the time of purchase in good faith, many homeowners have seen the cost of their properties plummet. They are now stuck in them whilst housing associations and freeholders make decisions about the work needed to make their homes safe, with the interim costs of waking watch patrols being passed on to them.

It's unfair for residents to be caught up in the protracted tussle between mortgage providers, freeholders, and insurers, when quite simply, all they need is for their homes to be made safe without delay. The watering down over multiple decades of building standards regulations by consecutive governments is a key reason behind the crisis we face today, so the Government has a responsibility to act.  By not doing so it is behaving in an irresponsible, reckless and potentially dangerous way.

By not ensuring that remedial work takes place with the urgency needed, the Government risks another tragedy on its watch.  Leaving residents stuck in unsaleable homes, with costs passed on to them by housing providers, is scandalous - especially when residents’ only fault has been to trust that the Government's fire safety regulations were robust enough to ensure that their homes were safe - which it is now proving not be the case up and down the country.

On Friday, I met with a group of residents living in Hyde properties in my constituency who are footing the bill for waking watch patrols in their blocks after recent assessments identified significant safety issues. I will be supporting them by calling for urgent Government intervention to address the situation, as well as taking up specific concerns they have about Hyde's own handling of the situation.

But it's not just cladding that's the problem. In September 2019 in my Brighton Pavilion constituency, the fire at Pankhurst Avenue destroyed one block after a fire took hold on a balcony and spread to the roof. I saw the aftermath on the evening of the fire, and it's incredible that there was no loss of life. In addition to the residents in the block destroyed by fire losing their homes and belongings, those living in the sister block have also still not been able to return, as question marks remain over the safety of the building, and whether flaws in the build led to the fire spreading at such a devastatingly quick rate.

At the time of the Pankhurst Avenue fire the Government had issued a number of advice notes to housing providers about post-Grenfell safety issues to be alert to, but not all advice notes were binding, including an advice note issued in June 2019 specifically on combustible materials on balconies, which did not make it a compulsory requirement for housing providers to immediately take action on their housing stock under 18 metres in height at that time.

I highlighted my concerns about the seriousness and the scale of the problem to Ministers, and whilst there have been some moves to include buildings under 18 metres in height in regulatory changes since, Pankhurst Avenue residents were left exposed to this known risk at the time of the fire because of insufficient action being taken post-Grenfell to acknowledge the scale of the building crisis, and to introduce measures to ensure the remedial work happened without delay.

In Parliament, I sponsored an Early Day Motion calling on the Government to do more to protect individual leaseholders from bearing the costs of cladding work which compromises building safety, including remedial works, and waking watch services.

Today in Parliament I will be voting with Labour to call on the Government to address the cladding scandal, and to put an end to the misery and fear so many people face as a result of being forced to live in unsafe homes. Labour's motion calls for immediate up-front funding for cladding to be removed and other urgent fire safety work, and other measures that protect residents from having to pick up the bill.

I'll also be supporting amendments to the Fire Safety Bill when it comes back to the Commons - both the so-called McPartland-Smith amendment which prevents landlords from charging for fire safety costs in respect of problems which arose before the lease was granted, and a Labour amendment which prevents recharging regardless of when the problem arose, so it would cover problems caused by refurbishment as was the case with Grenfell.

Yet I'm conscious that the curent crisis is a direct result of deregulation over many decades, and in addition to the measures being called for in the motion put forward by Labour today, I fear that without a radical overhaul of housing policy, profit will continue to be placed above safety and until this imbalance is addressed, I will continue to do what I can to highlight the urgent need for change.