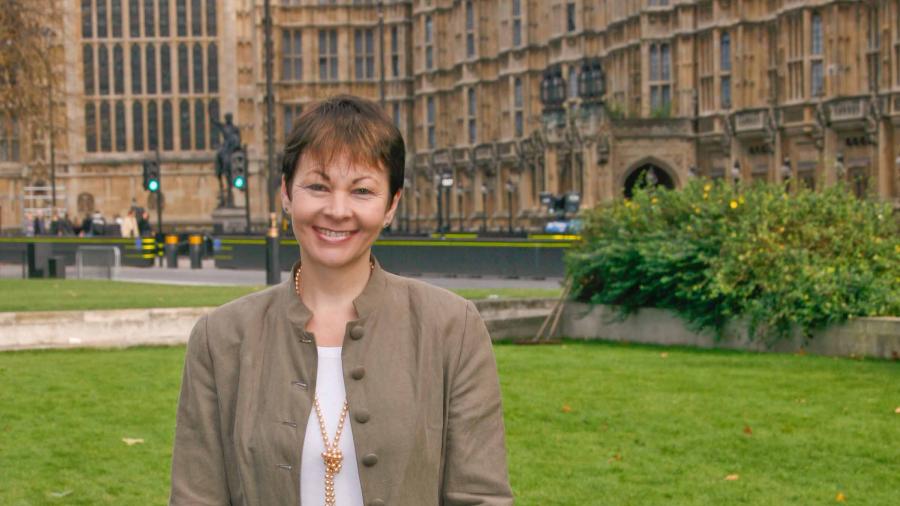 The Green Party’s co-leader, Caroline Lucas, will not support a motion to Parliament today which would ‘lock Britain into invoking article 50’ by the end of March, without any guarantee of specific plans being unveiled before that date.

Lucas had originally planned to vote in favour of Labour’s opposition day motion which called on the Government to publish a plan before invoking article 50, but without calling on the brexit process to begin at a specified date. She is now opposing the Government-amended motion because it ‘threatens to throw Britain off the brexit cliff edge with a vague plan at best, and within a timeframe that simply isn’t compatible with developing any sort of coherent strategy’.

“Yesterday the Prime Minister’s plans developed in a laughable fashion – they went from ‘having our cake and eating it’ to a ‘red,white and blue brexit’. For MPs to be asked to vote in favour of triggering Article 50 in March with such extreme reluctance from the Government to give any details of the plans beforehand would, in my view, be reckless – and I won’t be gambling with this country’s future by falling into this Tory trap. Though this motion commits the Government to publishing a plan, there is no sense of what that means in practice – and the noises from Ministers suggest they have no serious intention of going into enough detail.

“Voting today to invoke Article 50 by the end of March threatens to throw Britain off the brexit cliff edge with a vague plan at best, and within a timeframe that simply isn’t compatible with developing any sort of coherent strategy. Today’s vote is not about whether or not MPs accept the will of the people – I’m not trying to overturn the decision made in June. It’s about whether we’re willing to risk harming our economy by supporting the Government in triggering Article 50 in a matter of months with no knowledge of what that will mean for our constituents. As a democrat I cannot support the Prime Minister ramming through this monumental decision without the serious scrutiny it deserves.

“Ultimately, by voting in support of triggering article 50 in March – without any firm guarantees about what Brexit would mean, for everything from the security and family life of the many EU nationals living here to whether there’s any way to enforce standards for the quality of the air we all breathe – I would be gambling with this country’s future, and that’s not a risk I am willing to take.”