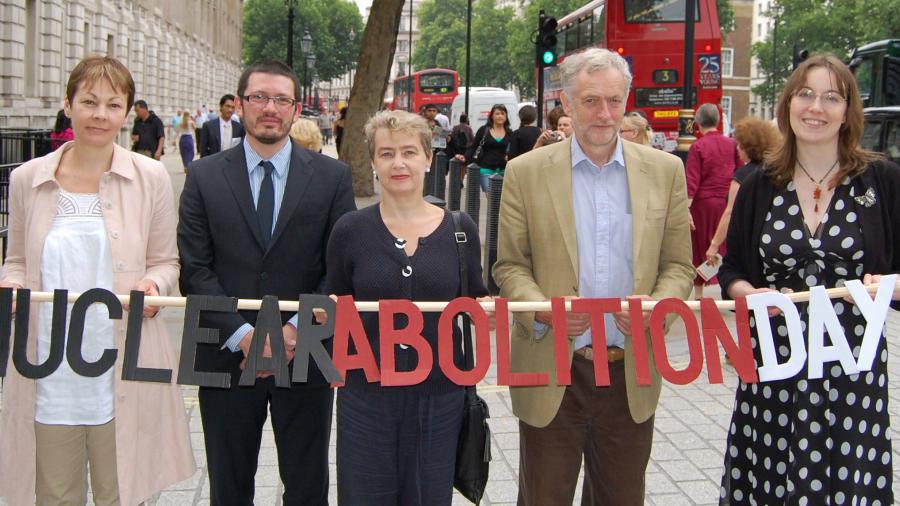 Caroline Lucas became the chair of Parliamentary CND today. She has taken over the role from Jeremy Corbyn, the leader of the Labour Party. Caroline was previously a vice-chair of the group. The decision was ratified at a meeting today.

“It’s an honour to be named as the chair of Parliamentary CND at a time when the debate our nuclear arsenal is at the centre of the political stage.

“As the pro-Trident political consensus crumbles I’ll be highlighting the growing case against renewing these extremely costly and utterly unnecessary weapons.

“Nuclear weapons do not make us safer, indeed by updating Trident we’re sending a dangerous signal to the rest of the world that security is dependent on the acquisition of nuclear weapons.

“Every pound spent on Trident is a pound not spent on the public services upon which we all rely. Spending billions on nuclear weapons while children’s centres are shut down and hospitals are stretched beyond the limit is simply immoral.”

She paid tribute to Jeremy Corbyn, who has stepped down from chairing the Parliamentary CND because of time pressures:

“Jeremy’s been a passionate and effective advocate for nuclear disarmament in Parliament for many years and I’m proud to be taking over from him. There is a growing cross-party consensus on nuclear disarmament with the Labour Party leadership joining the Green Party, SNP and Plaid Cymru in opposition to renewing Trident.”

“Caroline has a track record in opposing nuclear weapons that is second to none. She also has a longstanding commitment to CND and the cause of peace and we are delighted that she has accepted the position of Chair of Parliamentary CND.”