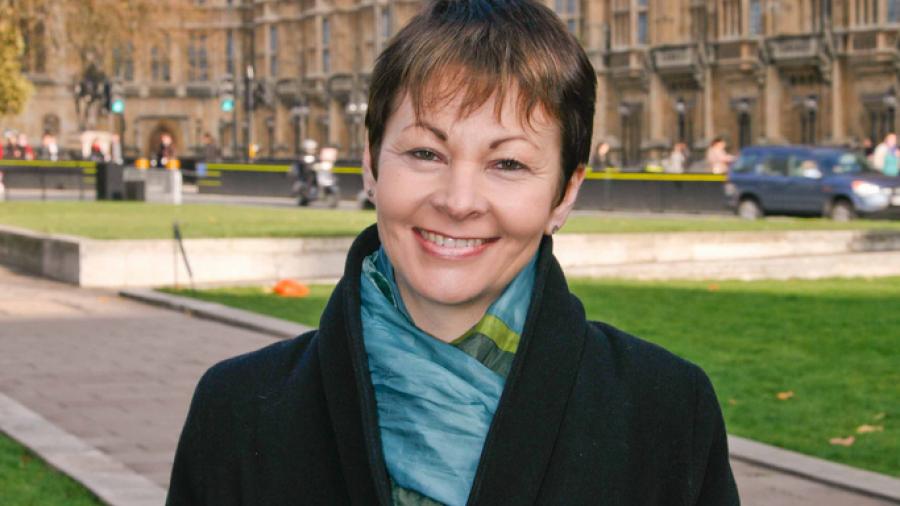 Caroline has tabled an amendment to the Infrastructure Bill to block changes to trespass law. The government's changes to existing trespass laws, which would allow fracking companies to drill under people's homes and land without their permission, are opposed by 74% of the public (1) and 99% of respondents (2) to the government's own consultation. The Green Party would ban all fracking.

Caroline is also supporting an amendment to properly protect national parks from fracking and is calling for all main parties to allow proper time for debate and votes. At the most recent stage in the House of Commons no time was permitted for a vote on proposed trespass law changes. Caroline was one of just 52 MPs to vote for a moratorium on all shale gas drilling.

The House of Commons is today (February 11th 2015) considering amendments made in the House of Lords. This is likely to be the final stage for MPs to make changes to the Bill before it becomes law. Only an hour is scheduled for the debate and the votes.

“The speed at which the Government is rushing though the Infrastructure Bill is disgraceful. Ministers are doing the dirty work of fracking companies by denying MPs the chance to properly scrutinize the changes. This makes a mockery of public concerns about fracking and the democratic process.

“Not only does this Bill defy public opinion, it denies people a voice. To allow fracking companies to drill under people’s homes and land without their permission is to ignore public interest in pursuit of the vested interests of a few.

“Three quarters of the general public oppose changes to the trespass law. But their legitimate concerns over the very real environmental and health risks of fracking are falling on deaf ears in Government.

“If we’re serious about avoiding catastrophic climate change, the vast majority of fossil fuels cannot be burned. This Bill should have included a ban on fracking and much more to harness the UK’s renewable energy resources instead.  The only safe and sensible thing to do with shale gas is to leave it in the ground.”