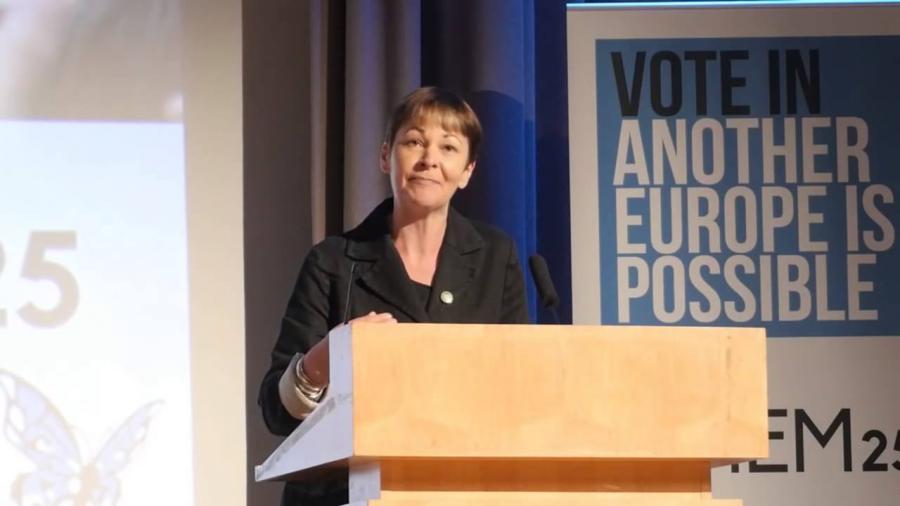 Caroline has called for a shakeup of the remain campaign to stop a 'Tory Brexit'.

In a piece for Politics.co.uk Caroline has demanded a change in both the tactics and personnel in the anti-Brexit campaign. She said that 'phalanx of men who are fronting efforts to keep Britain in the EU are the wrong people to gain people's trust'. She also urged Jeremy Corbyn to back a campaign to stop a damaging Brexit.

Her comments come as a poll by Left Foot Forward and BMG research shows that 57 per cent of those asked said they’d support a second referendum in the event of a ‘no deal’ exit from the EU, up from 54 per cent last month.

"The time couldn't be more ripe for opposing this Tory Brexit, yet so far there are still too few signs that most Remainers truly understand the nature of the challenge we face - and the need to avoid the mistakes of the past. This couldn't’t be better illustrated than the phalanx of men who are fronting efforts to keep Britain in the EU. Though ex party leaders and their friends often offer interesting insights, they are simply the wrong people to be heading up a campaign that must gain people's trust, and change their minds too.

"We need new voices in our campaign. We must not become a post-politics play scheme for rudderless grandees."

"We should be honest about the fact that Jeremy Corbyn could change everything. In 2016 Another Europe is Possible asked Corbyn to join a left-wing, anti-austerity, pro-EU platform alongside myself and colleagues from all of the progressive parties. He refused. But if he's serious about doing all he can to protect public services, about being in it for the many not the few, and about a better future for our young people, he should consider doing so now. Such a cross-party campaign should clearly come out in favour of a ratification referendum.

"I understand why Corbyn has so far resisted efforts to reject Brexit - indeed his triangulation on the issue has been fairly successful in its own narrow terms. But as crunch time approaches the Labour party needs to take a side. If joining the Tories in triggering Article 50 was a mistake by Labour, failing to make a stand now - with the full facts in front of them - would be nothing short of betrayal.

"Rather than continuing to falsely assert that membership of the single market means remaining in the EU - the Labour leadership should be focusing on the very real risk of Britain jumping off the Brexit cliff edge. Labour recently launched a community campaign unit, so we know they have the infrastructure to mount an anti-Brexit campaign - they now just need the leadership."

The full piece by Caroline can be read here.