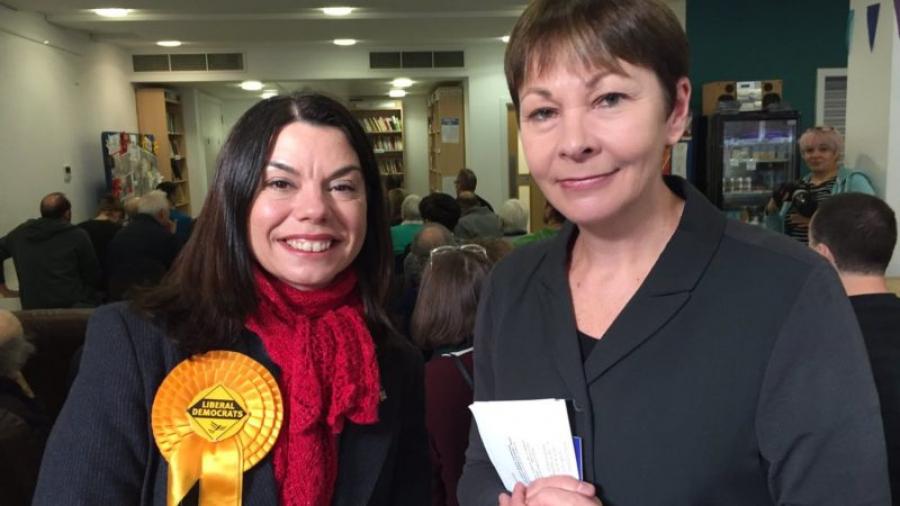 Caroline Lucas, the leader of the Green Party, has responded to the Liberal Democrat victory in the Richmond Park by election. Her party chose to stand aside to increase the chances of beating Zac Goldsmith. At the last election the Green Party recieved 3,548 votes, 6% of the total. This morning Goldsmith lost by 1,872 votes.

Caroline Lucas and her fellow co-leader, Jonathan Bartley, have repeatadly labelled Goldsmith's campaign as a 'regressive alliance' because of the backing he recieved from both UKIP and the Conservatives.

“The regressive alliance has been defeated and the Government has suffered a hammer blow to its hard brexit plans. By standing up at this unique moment the local Green Party showed real leadership – and can take a great deal of the credit for the Zac’s toppling. It’s good to see a candidate elected who will oppose Heathrow expansion, campaign for a fair electoral system and do their best to protect their constituents from the post-referendum chaos being inflicted on them by the Government.The Green Party will, of course, continue to stand in the majority of elections – and look forward to campaigning to win seats in Richmond in the 2018 local elections."