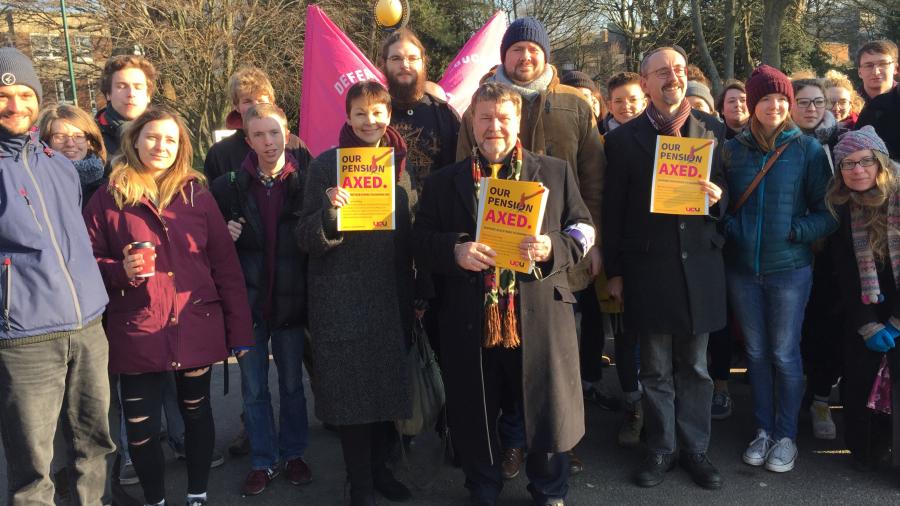 All staff working in universities should have access to a secure and decent pension, and it’s wrong that their pensions are under attack.

Academic staff in universities make a vital contribution to the UK economy, as well as to the learning and opportunities available for students. The attack on lecturers’ pensions is just another step towards diminishing the value of education – I think it’s therefore important to support those who are reluctantly taking strike action, and to call on Universities UK and the Government to find a better solution and to play fair.

I have written to the Vice Chancellor at Sussex University to ask him to intervene with Universities UK.

Late last year I also was a lead sponsor of an Early Day Motion calling for the Government to review the situation, and to ensure that Universities Superannuation Scheme (USS) remains competitive compared with other pensions offered to other education staff and those in other professional occupations: https://www.parliament.uk/edm/2017-19/619.

With UCU estimating that lecturers could be up to £10,000 per year worse off in retirement, my visit today was to show my full support for their fight on this issue.

It’s great to see so many students supporting lecturers and other staff taking strike action. I know that many will be feeling anxious about the impact on their studies, and I recognise the difficult position students have been placed in. However, the pensions dispute just another example of the continued erosion of the value placed on education, and education providers, which is why I feel it’s important to show solidarity with those taking action.

For students affected by the strike action, more information can be found on the University of Sussex Students’ Union site, including their support for the creation of a hardship fund and their support for individual students seeking compensation as a result of strike action: https://www.sussexstudent.com/news/article/ussu/union-council-votes-to-support-ucu-strikes/.