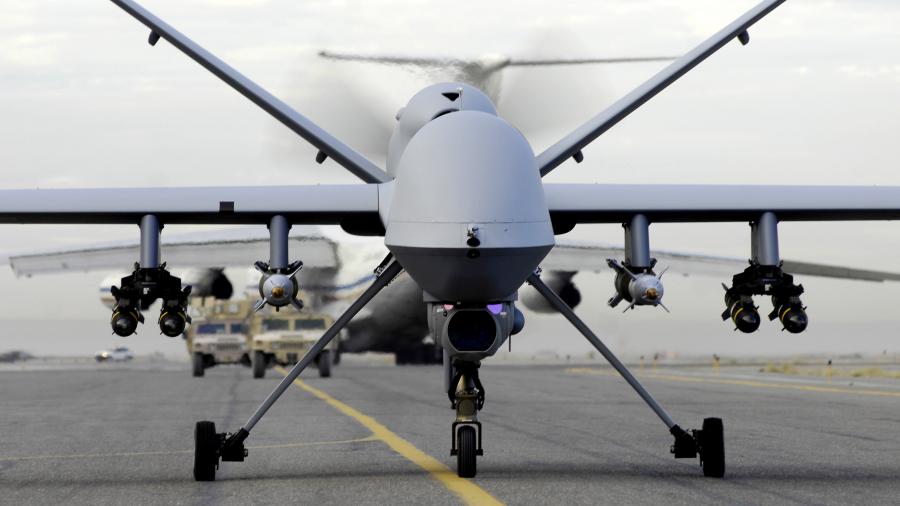 Members of the British Parliament are threatening legal action to force the UK Government to come clean over its ‘targeted killing’ of people in countries where Britain is not at war.

The challenge comes in response to the Prime Minister’s recent announcement of a US-style programme, in which covert strikes are carried out, commonly by drones, as part of the ‘War on Terror.’  A combination of faulty intelligence and a lack of safeguards has seen hundreds of civilians killed by the US drone programme in countries such as Pakistan and Yemen.

Members of the House of Commons and the House of Lords, supported by human rights charity Reprieve and law firm Leigh Day, are today demanding answers on whether the Government has formulated a targeted policy, and if so what that policy it is, and whether it is legal.

A Letter Before Action (LBA) sent by Leigh Day on behalf of Caroline Lucas MP and Baroness (Jenny) Jones highlights the lack of Parliamentary approval for the UK’s adoption of the new targeted killing policy; a lack of consistency in the justifications provided by Government ministers; and an overall lack of transparency.

The Prime Minister described Britain’s adoption of the US-style programme as a “new departure” for the country, but has refused to disclose details on how such strikes are governed or justified.

The LBA states: “The Claimants condemn terrorism. The Government is right to dedicate resources to ensure the British public is protected. Yet those planning or involved in such acts must be dealt with in accordance with the law. If any pre-authorised and targeted killing can be lawful, they must be carried out under a formulated and published Targeted Killing Policy which ensures transparency, clarity and accountability for such use of lethal force.”

The same lack of transparency in the US has seen claims by the CIA that its drone progamme had resulted in zero civilian casualties go largely unchallenged, until investigation by Reprieve and other organisations showed that civilian casualties – including children – were in fact in the hundreds.

Caroline Lucas MP said: “The Government appears to have adopted a ‘Kill Policy’ in secret –without Parliamentary debate or the prospect of proper independent scrutiny. Sanctioning lethal drone attacks on British citizens is a significant departure from previous policy, as well as potentially unlawful, and it’s deeply concerning that it has occurred without appropriate oversight.  By refusing to publish the legal basis for these attacks, the Government has created a legal and accountability vacuum. We need to be able to determine whether the attacks – and what they signify in terms of Government policy - meet the robust conditions set out in international and domestic law.

“I am part of bringing this case because if we want to be effective at countering terrorism then we must ensure we act lawfully. There are serious questions to be answered about the legality of the strikes, as well as the lack of robust oversight.  Given the evidence from the USA, where former heads of defence and others have called their secret use of drones a ‘failed strategy’, it’s crucial that the UK’s actions to date and moving forward are subject to proper debate and scrutiny, particularly as its apparent new ‘Kill Policy’ goes beyond even what the US has been doing.”

"An effective strategy to end terrorism must learn from US drone policy which former senior military and intelligence staff have said creates a 'tremendous amount of resentment inside populations' and is deeply counterproductive."

Kat Craig, legal director at international human rights charity Reprieve said: “The Government has said it has the power to kill anyone, anywhere in the world, without oversight or safeguards.  This is a huge step, and at the very least the Prime Minister should come clean about his new kill policy.  Instead, we are seeing the UK follow the US down the dangerous path of secret, unaccountable drone strikes – a policy which has led to the deaths of hundreds of civilians in Pakistan and Yemen, without making us any safer. Parliament and the public deserve to know what is being done in their name.  It is disappointing that MPs are having to turn to the courts to extract even the most basic information on a policy which the Prime Minister himself has described as a ‘new departure’ for the country.”

Baroness Jones said: “The Government can't argue that they are defending British values of democracy and the rule of law if they suddenly invent a new 'bomb to kill' policy which ignores all those democratic traditions and safeguards. If our Government is saying it will kill certain individuals,  outside of armed conflict, whenever the opportunity arises, then you have to ask several obvious questions.

“Which countries do we, and don't we, apply this to? Who decides that these people are guilty and how is that evidence challenged and proven without judicial oversight? If it is seen as likely that the individuals pose a direct and imminent threat to our safety, but remain at large for six months, or a year, when is the 'immediacy' reassessed? How many individuals are we targeting and why are we applying a death sentence to them rather than others? The Government need to not only answer these key questions, they need to be prepared to have their answers debated in public and challenged.

2. On CIA claims of zero civilian casualties, The New York Times reported on 11 August 2011 that: “President Obama’s top counterterrorism adviser, John O. Brennan, clearly referring to the classified drone program, said in June that for almost a year, “there hasn’t been a single collateral death because of the exceptional proficiency, precision of the capabilities we’ve been able to develop.” Other officials say that extraordinary claim still holds: since May 2010, C.I.A. officers believe, the drones have killed more than 600 militants — including at least 20 in a strike reported Wednesday — and not a single noncombatant.”

Reports compiled by the Bureau of Investigative Journalism (BIJ) have since indicated that between 423 and 965 civilians have been killed, based on publicly-available data – which means that the figure could be higher.   Research undertaken by Reprieve last year found that “as many as 1,147 people may have been killed during attempts to kill 41 men” targeted by the US programme, due to the CIA and other agencies often making several unsuccessful attempts on the life of one target.

Reprieve represents a number of civilian victims of the US drone programme, including Faisal bin Ali Jaber, a Yemeni, and the Rehman family from Pakistan.  Further information on their stories is available from Reprieve; their cases have also been widely reported in the media.

3. Former senior members of the US military and intelligence services have become strongly critical of the US drone programme in recent years, warning that it is counter-productive.  General Michael Flynn, former head of the US Defence Intelligence Agency, has described it as a “failed strategy,” while  General Stanley McChrystal has warned it creates “ resentment” towards “American arrogance.”