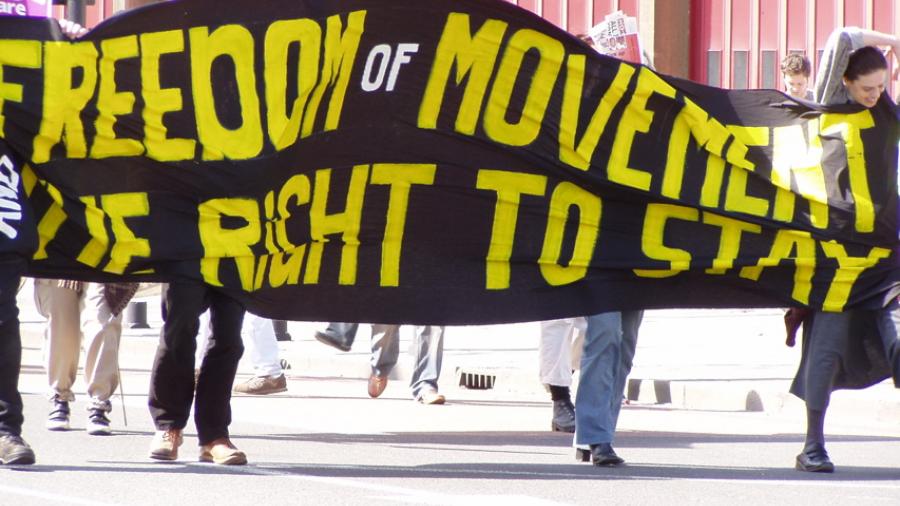 Caroline's call comes after a group of Labour MPs and the campaign group Another Europe is Possible heaped pressure on the party’s leadership on freedom of movement this week. A report by Another Europe is Possible advocates a ‘free movement plus’ system with enhanced workers’ rights.  The Labour party is expected to vote on a motion on freedom of movement at their conference next week.

On Sunday, Caroline will say:

“Labour’s position on freedom of movement during the election was disappointing, but they now have a chance to make amends. The Labour leadership must begin defending the incredible gift of freedom of movement and be brave enough to stand up to Tory lies.

“There’s nothing progressive about hiding away from the debate on freedom of movement – hoping that silence will avoid scrutiny. Failing to stand up for freedom of movement at this crucial junction during the Brexit process would be a dereliction of duty from the Labour party. They should both defend freedom of movement, and support the enhancing of workers’ rights to protect people no matter they come from.”

Luke Cooper, a lecturer at Anglia Ruskin University and co-author of Another Europe is Possible’s recent report on free movement, said:

“Our report shows the danger that scrapping free movement poses to workers' rights, pay and conditions - especially at the lower end of the labour market. The temporary work permit schemes being talked about will leave EU workers with less rights, weakening their bargaining power with employers. This would make them more vulnerable to unscrupulous bosses trying to drive down pay and conditions.

"You can see the ultimate logic of a temporary worker system in Qatar’s preparation for the World Cup. This example might seem a bit extreme, but it's far from unusual. Unions in Canada have called for the country's temporary foreign workers' schemes to be replaced by a settlement programme. And the old West Germany 'guest worker' scheme was rightly accused of serious human rights breaches.

“Far better is to improve workers’ rights, and make sure those rights apply to all workers, including migrants.”