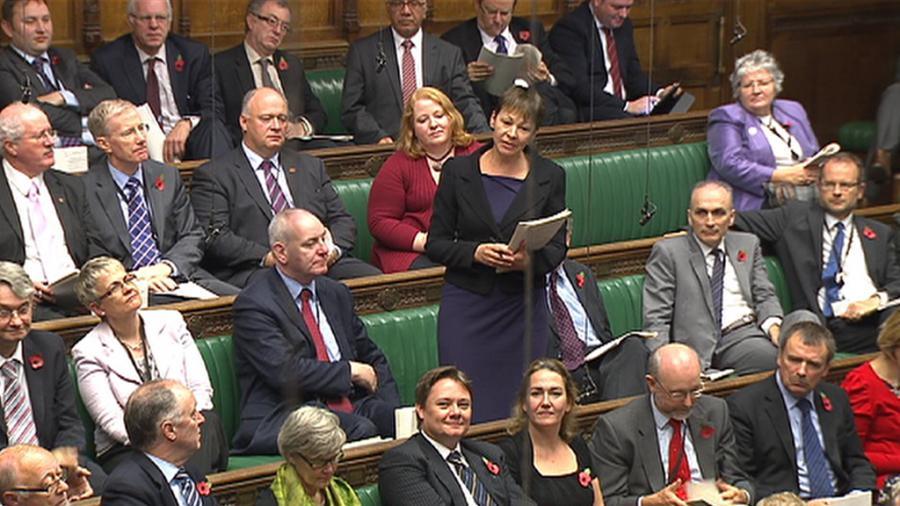 Caroline slammed the Government for failing to get to grips with the climate crisis - saying that this 'should have been a Blue Planet Budget' but ministers 'ducked' the opportunity to take action.

“This should have been the Blue Planet budget, but instead the action we’re seeing on environmental protection is little more than a drop in the ocean. While the proposals on plastics are welcome, the Chancellor has ducked the opportunity to take bold action on climate change - the most pressing of all environmental threats.  Indeed continued tax breaks for oil & gas and the lack of serious new for solar risk locking us into a fossil fuelled future at the exact moment when we need to be leaving dirty energy sources in the ground. A plastic tax will help - but in the context of warming oceans and rising sea levels it simply isn’t enough.

“When it comes to air pollution and transport we’re simply not seeing action that’s commensurate with the scale of the crisis. We needed a hefty Vehicle Excise Duty (VED) and a fuel duty rise for diesel to take dangerously polluting cars off the road, but instead we saw just a tiny increase in VED for diesel cars - suggesting that the Government simply doesn't understand the threat posed by filthy air.

“The Government’s obsession with electric cars isn’t a panacea either - especially if they continue to be charged up with electricity from fossil fuelled power plants. Once again the Government has swerved at the chance to lower the cost of public transport for the majority - and ploughed ahead with its obsessive support for private cars.

“This Budget will lock in the pain of years of slashed budgets. Wave after wave of cuts have left our public services stretched to the limit and families up and down the country face poverty this Christmas - there’s hardly a scrap of good news in this budget for those with the least. We needed a change in direction from this callous Government, but instead this budget will lock more people in poverty with a continuation of the benefits freeze - and add further pressure on our schools, hospitals and local councils.

“The Government’s housing pledge doesn’t go near what’s needed to solve this crisis. We needed a specific focus on building social housing, which is genuinely affordable. Instead we have a housing target which could see homes built that people can’t afford to live in - and continued inaction on the spiraling rents we’re seeing in Brighton and Hove.”