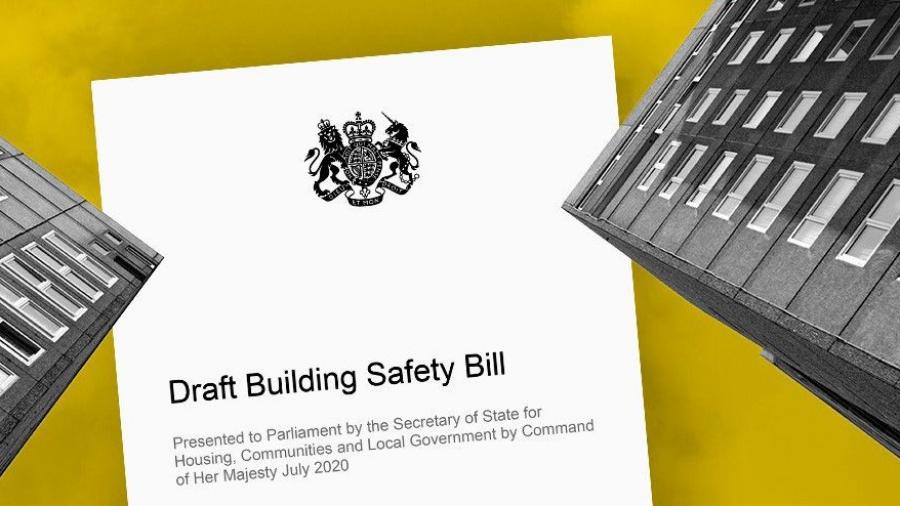 The Building Safety Bill being discussed and debated in Parliament yesterday could, and should, have been be an opportunity to ensure that leaseholders will not be saddled with costly bills to address the fire safety risks in their homes – risks caused by defects and issues that date back to when they were built.

When it comes to housing policy, it’s hard to think of many more urgent priorities than Government intervention to protect people living in dangerous homes. Yet the Government appears willing to play the long game; to allow leaseholders to be left in a difficult and dangerous position whilst legal battles play out between developers and housing providers about liability.

Ministers need to intervene now to ensure that homes, and more importantly lives, are not lost while the anticipated lengthy legal battles play out.

The Government's ‘solution’ for homeowners living in buildings below 18 metres tall is that they will need to take out loans to cover the costs or remedial work. This is unfair and wrong.

Even though the loan scheme for homeowners was announced at the start of 2021, nearly six months on the Government has yet to publish details of how it will work in practice. I strongly suspect it's because the figures just don't stack up. The scant comments from ministers merely  maintain that loan repayments will be capped at £50 per month.

Yet we are already seeing examples of leaseholders being invoiced astronomical repair bills by housing providers, like in Manchester, where residents in one block received bills for £101,500 each for their share of a £3 million repair bill.  If repayments are capped at £50 per month (without interest), it would take 169 years to pay back a loan of that size.

This issue is playing out up and down the country. In my own constituency, I'm aware of 11 blocks with question marks over fire safety. Some of them have had EWS1 surveys completed which have confirmed serious fire safety defects that need urgently addressing. Others have yet to have surveys undertaken, which leaves residents in the awful limbo of not knowing whether their homes are safe or not - and in the meantime, they’re unable to sell and move on.

Repair bills on the few blocks where surveys have been completed amount to over £8 million. In no circumstances should my constituents be expected to pay these costs when they are in no way responsible for the defects in their homes. I will continue to fight on their behalf, pushing the Government to provide upfront costs so that the necessary work needed can take place without delay and leaseholders don’t have to pay.

In Victoria, Australia, where they have had a cladding crisis of their own, the loan scheme launched by the government was a failure because (not surprisingly) people were unwilling to take out huge loans that they would be saddled with for life, for problems that were not of their making. I fear that exactly the same will play out here, and yet the Government is doggedly digging its heels in and not listening to experience and evidence from elsewhere.

After the loan scheme failure, the Victoria government accepted that public safety was the priority, leading to a recognition that the quickest way for repairs to be carried out would be upfront public funding, with the government then recouping costs from developers and/or housing providers once legal battles about liability had played out.   This is a model our own Government should follow.

Whilst the Building Safety Bill puts forward some positive steps that will undo some of the damage caused by the weakening of building regulations over decades, it's also yet another missed opportunity where the Government should address the most pressing and urgent building safety problem we face in this country - tackling the problem of the dangerous homes so many people are living in right now.  Here’s hoping ministers will accept amendments during the bill’s course through Parliament.

Comments made by the Housing Minister yesterday during the debate did acknowledge that many people are struggling to sell their homes because mortgage lenders are insisting on external wall surveys (EWS1) to be completed. Whilst his announcement encouraging mortgage lenders to show more flexibility might help to get the housing market moving and break some of the deadlock, it’s a market-led decision, and not one that prioritises public safety.