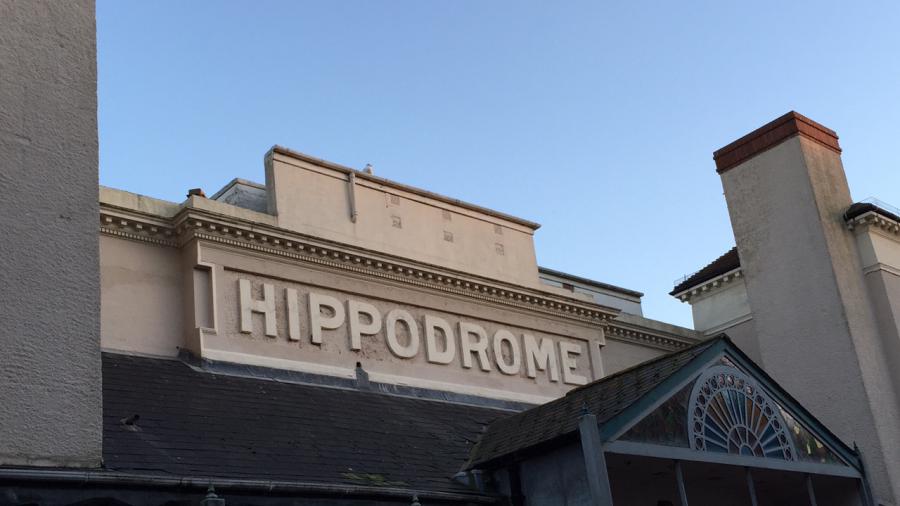 Brighton Hippodrome Petition
Monday, March 16, 2015
The campaign group, Our Brighton Hippodrome (OBH), submitted a petition to Brighton and Hove City Council asking it to support their campaign to restore the theatre as a venue for live performance and to recognise it as the community asset it is.

By submitting the petition it means that the future of the Hippodrome will be discussed at a forthcoming Full Council meeting. Given the community interest in the future of the building I think that it’s only right that the city's councillors have the opportunity to discuss what support the Council can offer to try and protect the building from further disrepair and bring it back into use.

Ultimately, as the building is privately owned, it’s not within the Council’s gift to wave a magic wand and bring the building back into use as a theatre. However, there are two things I think the Council should consider.

Firstly, I think that the Council should reconsider its refusal to grant the building Asset of Community Value (ACV) status. This will allow the local community, and those involved with the OBH campaign, a six month window to see whether they can find a viable way to return the Hippodrome to use.

I’ve been arguing that the Council’s interpretation of ‘recent past’, a key reason why the ACV application was turned down before, should be longer in this instance.  I've written to the Council a number of times on this point and I hope that this will be discussed in more detail at the Full Council meeting.

Secondly, I think that the Council should consider taking action against the owners of the building if they allow it to sit empty and fall into further disrepair. I had a look inside the Hippodrome last year and it was clear to see that the building is in need of urgent attention – it’s not water-tight and there is a very real and imminent risk of further damage to the interior.

It’s not clear what the owner’s intentions for the Hippodrome are. Whilst rumours are rife that the building is to be sold to another party, it hasn’t been possible to establish whether that’s actually the case. I’ve tried to make contact with the owners to try and find out, but they are proving rather elusive and it hasn’t been possible to have any meaningful dialogue with them.

The real scandal is that the owners have allowed the building to sit empty for so long. My biggest concern is that it continues to do so. Regarding the OBH petition, I hope that the Full Council debate provides an opportunity for the city’s councillors to agree how best to protect the building and see it returned to use as quickly as possible - hopefully as a theatre!