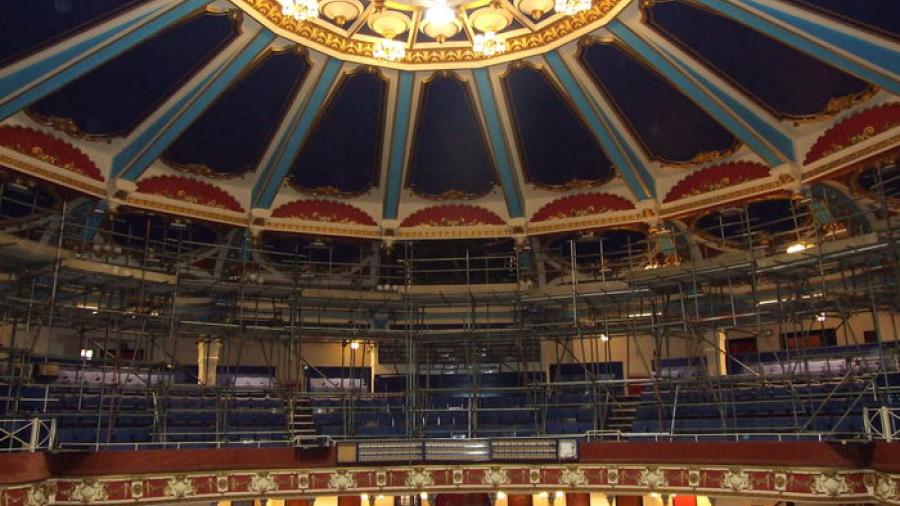 We have a gem in Brighton.  The Hippodrome, a Grade II* listed building, is the most architecturally significant circus theatre in the country.  It's been empty and out of use since 2007 and is slowly, tragically falling to bits.

Yet again, the annual register of the Theatres Trust has named it the most at risk theatre.  This wonderful old building, which has contributed so much to the life of Brighton and could do so again, is being left to rot.  I’m really concerned that it will deteriorate even further if it isn’t brought back into use very soon.

The Hippodrome needs a viable future and it could have one if it were restored to life as a lyric theatre again, breathing new life into the area around Middle Street.

I’ve kept in close touch with both campaigners and the council over the years to try to ensure the theatre’s survival.  Last week I met again with Brighton Hippodrome CIC, who are looking to buy the Hippodrome to restore the building and re-open it as a commercial theatre, working hard to raise the funds needed.   Our city currently lacks a theatre big enough to host larger shows and performances and this would fill that gap.

There are some great examples of theatres being run by charitable trusts, with some of the funding being provided by Council applications to the Public Works Loan Board, so following my meeting with campaigners I'm going back to the Council to ask about the support they might be able to consider to enable us to do something similar here. I've also asked the Council to issue a Repair Order to prevent the building continuing to fall further into disrepair.

It is so clear to me that the Hippodrome is a hugely valuable local asset whose re-opening would bring so many benefits to the local economy and community, helping to kickstart much needed investment into the area.   Letting it deteriorate still further would be unforgiveable.