search mobile
Brighton and Hove Save Our Schools campaign 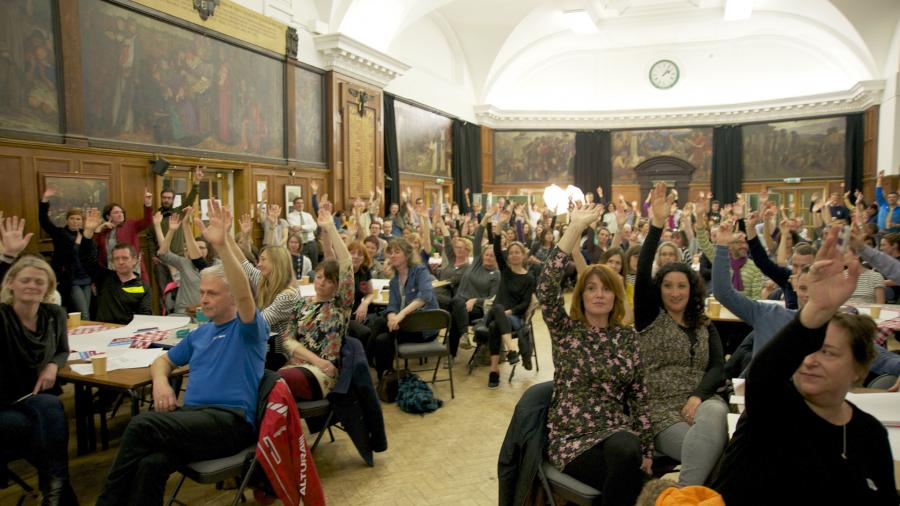 Brighton and Hove Save Our Schools campaign
Wednesday, April 5, 2017

Last Thursday saw the official launch of the Save Our Schools campaign in Brighton and Hove.

In just a few short weeks they’ve built up a sizable following on social media, and they are doing a brilliant job raising awareness about the assault on our schools and the damage being done by under-funding them.

And it’s not just in Brighton and Hove that campaigns are springing up to challenge the government on school funding. Fair Funding for all Schools is a network of parents lobbying the government to increase investment in schools by protecting per-pupil funding in real terms; and to make sure that no school loses out under the government’s National Funding Formula (NFF) proposals. With Brighton and Hove set to lose almost £14 million by 2019, the threat and damage to our schools at this precise moment cannot be overestimated.

The government keeps talking about how school funding needs to be distributed ‘fairly’, and that the NFF plans will make this happen. Yet the reality is a £3 billion real-terms cut over the next 4 years, as forecast by the National Audit Office.

The Institute for Fiscal Studies predicts schools face an average real terms budget cut of 8 per cent by 2020. And just recently the Public Accounts Committee published their financial sustainability of schools report, with the Chair of the committee, Meg Hillier, saying that “pupils’ futures are at risk if the Department of Education fails to act on the warnings in the report.”

It’s really quite simple; when there’s less money in the pot per pupil, no matter which way you try and apply a funding formula, the impact of cuts will be felt - in this case to the tune of £3 billion.

‘Fair’ is not the word I would use to describe this funding formula – it’s nothing more than a smokescreen for funding cuts to schools.

Despite the potential the NFF proposals have to spread division by separating schools into winners and losers, that’s not what’s happening – campaigners, parents and teachers are joining together to challenge the government and calling for genuine, proper, and fair funding for schools. Failing to invest in our young people, wherever they might live, makes us all poorer – and ALL of our children have the right to an education.

The noise being made by campaigners like Save Our Schools, along with head teachers, unions, school governors, teachers, and not least parents – is gaining momentum. The message is clear, that school funding crisis cannot continue to be ignored, it’s too important for that to happen.

I look forward to working with Save Our Schools, and others, to create more noise. I’ve been impressed by the contact I’ve had with them to date, and their passion and drive to find creative, brilliant and bold ways to take the message that our young people deserve better to Westminster.

Save our schools can be contacted by email at: saveourschoolsbh@gmail.com; and on twitter: @SaveSchoolsUK