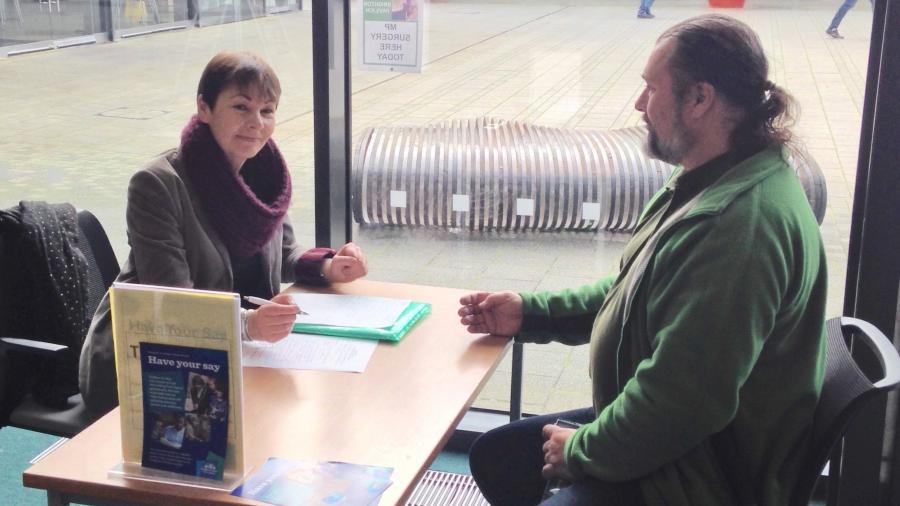 Brighton and Hove libraries at risk
Monday, June 6, 2016
In her brilliant article on libraries Caitlin Moran writes: “A library in the middle of a community is a cross between an emergency exit, a life-raft and a festival. They are cathedrals of the mind; hospitals of the soul; theme parks of the imagination. On a cold rainy island, they are the only sheltered space where you are not a consumer, but a citizen instead.” I couldn’t agree more.

That’s why I oppose the closure of any library in the city. Whether it’s the much-loved library in Hove, the future of which will be discussed by Brighton and Hove City Council councillors at a meeting on Thursday, or smaller community libraries, like those in my constituency; Patcham; Hollingbury; Coldean and Westdene.

It shouldn’t be a case of deciding which city library to close. To simplify the situation in such a way removes the value that all libraries bring to communities and local residents – irrespective of their size and location they all have something to offer. They all add value to the city, value that is sometimes difficult to measure or quantify, not least because of the possibilities the knowledge held within might bring its recipients.

I realise that the Labour administration at Brighton and Hove City Council have difficult decisions to make in the face of savage cuts from Central Government. However, closing libraries and reducing library services is nothing more than a short term sticking plaster that does nothing to address the lasting impact any closures would have.

From the information I’ve seen, changes at Hove Library would be far more than just moving the service to a new building. The library would be smaller in size; experienced staff would be lost; the savings would not be as great as initially stated.

I’ve long been a supporter of the Speak up for Libraries campaign. According to their figures over 100 libraries in Great Britain closed last year, and at least 441 have closed in the past 5 years. I signed an Early Day Motion (EDM) calling for people’s statutory rights to a quality library service to be protected. The EDM calls on the Government to provide sufficient funding for local councils to enable that to happen, it’s a position that I maintain:  http://www.parliament.uk/edm/2014-15/579.

The fate of smaller community libraries should not be sealed by the decisions about the library in Hove - holding them to ransom in such a way is not the answer. Proper time should be allowed for the libraries report to be properly scrutinised, and I hope that local councillors do not rush any decision about the future of our libraries when they meet later this week to discuss their fate.