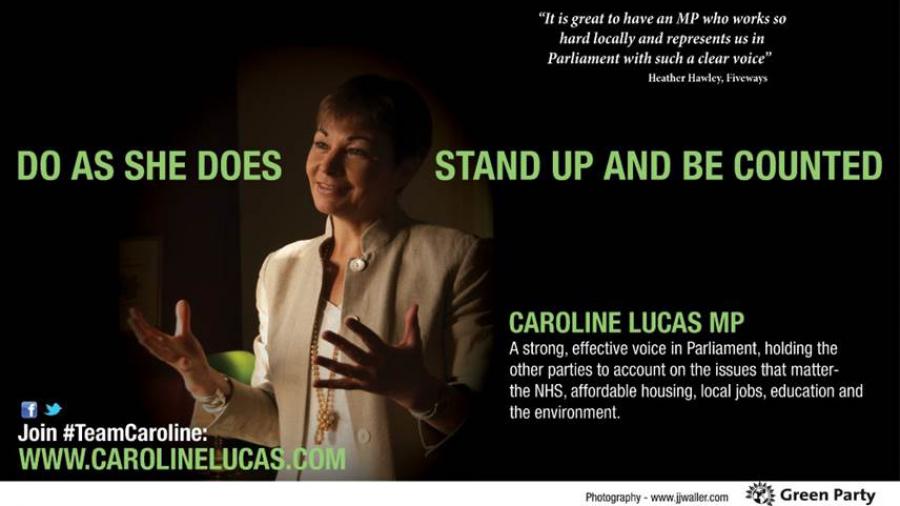 Please find below a statement from Adam McGibbon, Caroline Lucas MP's Campaign Manager, regarding the poll.

"This poll is hugely encouraging. It shows a significant widening of Caroline's lead over the last Ashcroft poll, with Caroline opening up a 10 point lead over Labour.  While we are not taking anything for granted, we are delighted that the voters of Brighton Pavilion appear to be swinging behind Caroline and can see the unique and special benefits of having her as their MP.”

He continued: “Caroline’s an outstanding local MP, with an exceptionally strong national voice. Highly regarded across the benches, she holds strong political sway and her track record speaks for itself.

“She relentlessly stands up for what matters to her constituents. And whether it's speaking out for the NHS, affordable housing, cutting fuel bills or keeping public services in public hands - she gets it on the political agenda and doesn’t let it lie.

“Presenting her with the MP of the Year award last month, House Speaker John Bercow said of Caroline: ‘By sheer force of personality, Parliamentary insistence and dogged commitment to the chamber, the committees and the procedures of the house, she has advanced her causes – it shows that it can be done…She has made one hell of an impact in the house.’”

McGibbon added: “People want an independent voice in Parliament – someone who can work effectively with MPs across the benches but also hold them and their Parties to account. Caroline’s constituents know they have just that MP in her.

"This poll shows that, for those people wanting to stop the Conservatives in Brighton Pavilion, Caroline is the one to back.”

Full details, including data tables for each seat, is published on LordAshcroftPolls.com