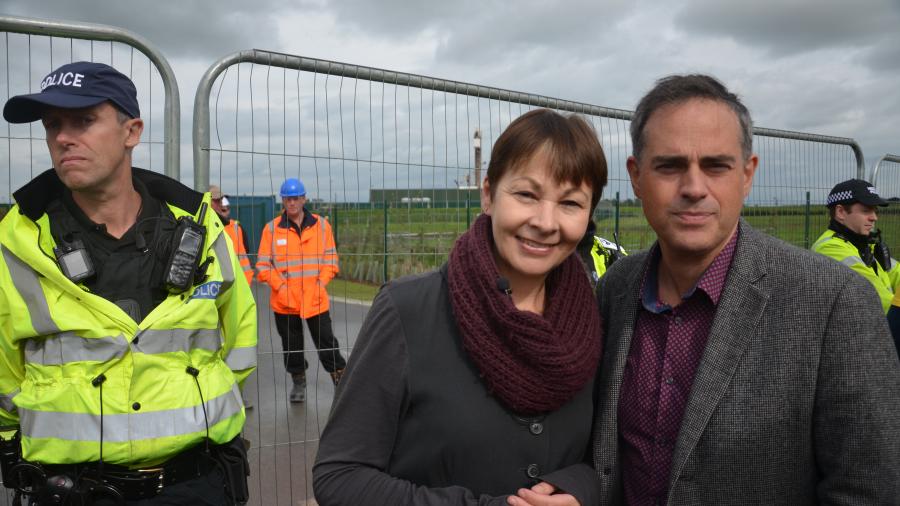 An insurgent force for good – that’s our vision for the Green party
Tuesday, September 26, 2017

This piece originally appeared in The Guardian:

The story of our recent past and our present is of a handful of powerful people acting against the interests of everyone else. Those who make it to the top – of multinational corporations and of government – defend themselves and the status quo against all attacks, deepening inequality in society and sowing the seeds of planetary destruction. The future doesn’t need to be like this, but if we want to write a different story we need to start now.

The political challenge of our day is not only to share wealth and power more evenly, but to collectively design a future where we all thrive. At next month’s Green party conference we will be thinking big – once again putting forward bold ideas today that will become commonplace tomorrow.

Our starting point is nothing short of the liberation of the human spirit – meaning we reject simply tinkering with a welfare state that’s become synonymous with suffering, or endlessly measuring gross domestic product while neglecting our wellbeing.

Our economy kills people’s aspirations, and hands unjustifiable rewards to those who least need them. The threat of Brexit, the challenge of automation, the dangers of ballooning personal debt, the risk of another banking crash and spiralling wealth at the top: to face these headwinds we must comprehensively reshape our collective economic future. It is time to ask fundamental questions about what the economy is for and how it can be redesigned to serve society – and, as the philosopher and politician Roberto Unger puts it, ensure everyone has “a better chance to live a larger life”.

People should have decent, well-paid work, yes, but that’s not ambitious enough. We believe people should have more time off, and be liberated from the shackles of wage labour. A larger life has purpose and balance and is rich with opportunities.

We know that any politics that fails to understand the environmental limits of our planet is ultimately redundant. We don’t just need a technological shift, we need a paradigm shift.

Greens are willing to speak that to those in power – and peacefully put our bodies on the line for it. A glance at climate science – and the destruction already faced as the world heats up – is enough to show why we need to not just change gear, but change vehicle. We would keep fossil fuels buried in the ground, scrap dirty nuclear and invest in renewables, but we also know that’s not enough.

We want people to own their own energy creation – making every home a mini power station, and giving everyone in a community real control. We also need to reassess how we measure progress, and reject the outdated metric of gross domestic product. We need to transform our cities, and move beyond the motor car as the default mode of transport.

It’s also time to challenge longstanding power structures by rethinking Britain’s place on the world stage. Central to this is our belief in peacebuilding and cooperation – rejecting the UK’s imperial past and the powerful military industrial complex that drives so many of the UK’s priorities overseas.

We’re proud internationalists – which is why we will continue to fight for membership of the European Union or as close ties as possible. We’d end Britain’s role as the world’s arms merchant and scrap Trident, employing our skills instead to utilise the clean, natural, renewable resources of the British Isles. We would rebuild the country as a diplomatic leader on the world stage – not a friend of despots and dictators.

We believe Britain should be open. Where others refuse to acknowledge the facts, we say loudly and proudly that migration benefits the UK, and free movement within Europe is a precious gift. And no matter how loud newspaper editors and divisive politicians shout, we are not afraid to say that we welcome refugees to our country.

The Green party believes in real change through power being wielded by more and more people. That’s why we continue to advocate real democracy that starts with proportional elections to parliament, and filters all the way down to community-led budgeting. No single party has a monopoly on wisdom – strength is found in diversity and pluralism, not in a political monoculture. We question overreach by government agencies, oppose ministers when they unnecessarily pry into people’s lives, and keep tabs on those in power – whether they’re from the police, military or government.

We also recognise that power shouldn’t just reside with the state – which is why we advocate local control whenever possible. The story of the future is already being written by the neighbourhoods generating their own solar power, taking over their local pubs as valuable community assets and setting up their own local produce schemes to give the poorest residents subsidised access to fresh food.

It’s being redesigned by the coders and creators building new communities online and sharing tools that facilitate collaboration and collective problem-solving. It’s a diverse, networked, energetic and exciting future – and it needs a political and economic system that’s the same.

From our consistent opposition to austerity to our focus on the climate crisis and support for LGBTQI rights, we have always been trailblazers. We aren’t afraid to stick our heads above the parapet, to push the parameters of the politically possible.Greens are pioneers or we are nothing – and in the coming months we will be bolder and braver than ever befor. And where we lead, others follow. Look at how our London assembly members forced the living wage on to the political agenda, how our councillors were pioneers for community-owned solar, how our MEPs stood up for refugees when others stood back. And how in parliament we’ve consistently kept climate change on the agenda as those in power have tried to push it away.

We are living through climate breakdown. We have an economy that prizes pointless jobs and condemns people to a lifetime of drudgery. We have an electoral system that excludes everyone outside of swing seats. Britain needs a party that makes the desirable feasible – that says what needs to be said, not what is deemed acceptable by the powers that be.

In these febrile times the Green party is an insurgent force for good – speaking truth to those in power and consistently asking the big questions that matter. Greens are pioneers or we are nothing – and in the coming months we will be bolder and braver than ever before.