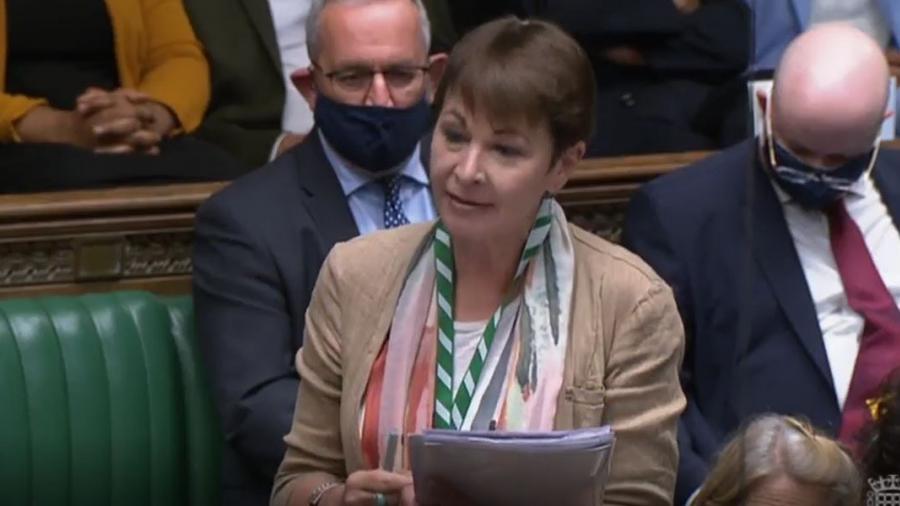 Watching the scenes at Kabul airport leaves me with a feeling of grief and anger.

Grief for the millions of Afghan women and girls, in particular, who were promised a brighter future and the opportunity to learn, to work and to pursue their dreams.

And anger that the many pledges made to the Afghan people over the past 20 years have been broken, as we abandon them to their fate.

The stories being told by terrified Afghans are heartrending: the women students who are now hiding their diplomas and certificates for fear of punishment and in the belief that, in any case, their qualifications will be useless as they won’t be allowed to use them.

The female mayor who says she is now waiting for the Taliban to come for people like her and kill them.

The Afghan journalist who said: “There was a lot of promise, a lot of assurance … about values, a lot of talk about progress, about rights, about women’s rights, about freedom, about democracy. That all turned out to be hollow.”

We made commitments to the Afghan people which we have not kept. It’s hard to think of a greater betrayal, and one that will have such lasting impact.  Let’s not forget, this is just one of four failed conflicts in the past 20 years following Iraq, Libya and the air war against ISIS.

None of them have brought lasting peace or stability.  In some respects, they’ve left the situation even worse.

What is essential is that we now support and protect those Afghans who want to leave, particularly Afghans who worked with western forces over the past 20 years.

For all the hand-wringing of Government ministers in the past few days, the reality is that their actions over the past few months have left thousands of ordinary Afghans in terrible danger.  Interpreters and contractors who worked side-by-side with UK forces have been refused resettlement in the past on the grounds that they were technically “sub-contractors”.

Even worse, in some cases offers of asylum were later withdrawn, with no right of appeal. The Government has belatedly changed heart so that interpreters and others can seek asylum, but I fear it will have come far too late to save all their lives – particularly those who have no way of reaching Kabul airport.

I fear too for many other ordinary Afghans who worked with NGOs and civil society organisations, often funded with UK aid money and working in the interests of UK foreign policy objectives.  They are not covered by the resettlement scheme and are now at risk of being seen as collaborators who worked against Taliban interests.  The NGOs are powerless to help them.  The UK Government is not.

It is now essential that the UK works with other governments in the region to provide safe routes for Afghans out of the country and safe haven for them in Britain and other western countries.  The UNHCR estimates 30,000 people have been fleeing Afghanistan every week over the summer, 80% of them women and children.  They desperately need safe routes to asylum so they don’t fall into the arms of traffickers.

The Government’s resettlement scheme is welcome, particularly its focus on women and children.  But the places must be based on need, not numbers – so the 20,000 places should be the minimum number we take, not a cap.

But there has been no change in the hostile rhetoric from the Home Secretary who says Afghans who try to reach Britain in boats across the Channel or by other "irregular routes" won't be protected - they'll be criminalised along with others seeking safety.

This Afghanistan disaster has exposed the moral bankruptcy of the Government’s asylum system – and the inhumanity of the Nationality and Borders Bill.  It should now be scrapped.

It will be very hard for the UK to salvage anything from this Afghan tragedy.  Our intelligence has been shown to be woefully inadequate, our promises to the Afghan government worthless, and our duty of care to ordinary Afghans who worked with us patchy and unreliable.

But if our values of freedom and democracy are to mean anything, we must show that even in the face of this Taliban triumph, we will offer protection to the vulnerable and hold out the hand of friendship to Afghans to whom we promised so much and have let down so badly.

UK has proud record of helping those fleeing persecution, oppression or tyranny from around the world.  We must continue this tradition and work with other nations to quickly provide a safe haven to Afghans fleeing for their lives.