search mobile
A VISIT TO CASE IN HOLLINGDEAN 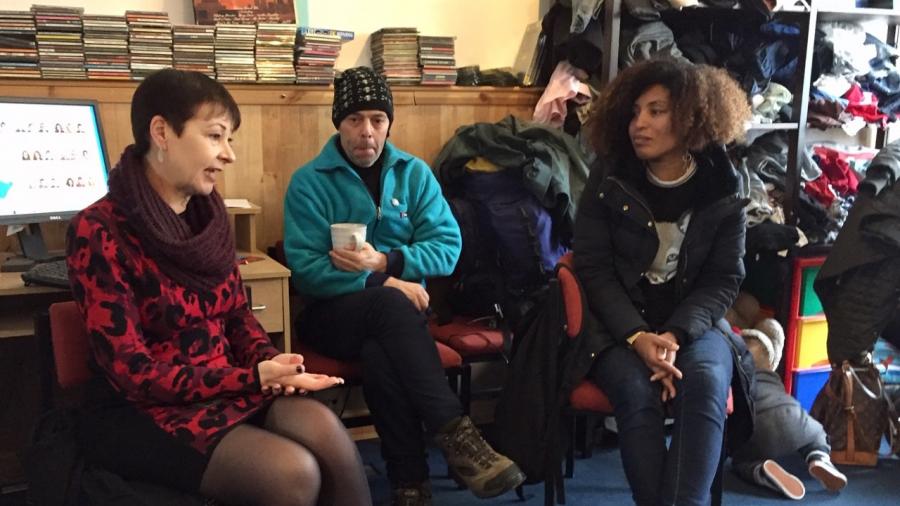 I recently visited Community, Advice, Support and Education (CASE), a brilliant charity in Hollingdean supporting residents on wide-ranging issues. In particular, CASE are champions of social justice, and their work often focuses on tackling poverty and hardship, as well as challenging unfair benefit decisions which have deprived people of the vital money they are entitled to receive.

One of the most rewarding aspects of my work as an MP has been supporting constituents with the individual problems they experience.   I’ve worked closely with CASE over the years on a number of cases affecting their service users, so it was great to have the opportunity to drop by to thank their case workers and volunteers, and to meet some of their clients.

We spoke about ineffective and unfair benefit and appeal processes, the concerns that many EU nationals living in the UK have because of the Brexit uncertainty, as well as housing pressures and food poverty.

CASE are passionate about fighting people’s corner, and I’ve been hugely impressed over the years about their dogged determination at highlighting injustice and unfairness, and also giving service users a voice and empowering them to take action.

During my time as MP, I’ve made clear my opposition to the Government’s ideological austerity agenda. It’s fuelled the hardship that so many people in Brighton and Hove have experienced, something evidenced sharply in the in the issues CASE see come up on a daily basis. I voted against the Welfare Reform Act at every stage as it passed through the parliamentary process, and I continue to call out the Government on their cruel and counterproductive assault on welfare support.

The welfare system we have now is not fit for purpose, and needs a radical overhaul. I hope very much to be re-elected on the 12th December, and whatever form the new Government takes, I will continue to fight for the changes needed to welfare support to ensure that people are able to access the support they need, when they need it.

The last Government repeatedly ignored charities and organisations like CASE, and refused to engage with the impact their austerity agenda has had, despite their being at the very frontline of tackling poverty in our communities.

Charities like the Trussell Trust, who have made patently clear that since the Government started rolling out Universal Credit, food bank use has increased dramatically. The Trussell Trust have suggested simple steps that would help to alleviate some of the hardship households face – eg by ending the five week wait period at the start of a claim, but Ministers have not yet moved from their position on this.

I’ve copied some of my correspondence to the Minister on the shocking rise in food banks, and plan to keep the pressure up on the urgent need to tackle the failings of our current welfare system. I'll also continue to work with the amazing advice organisations in the city, who help to highlight unfair decisions, errors made, and policy failings - and who do such a brilliant job at supporting residents to navigate the often daunting, and unnecessarily complex processes in place, which exacerbate hardship and anxiety for so many.

Many thanks for your response to my message about the rise in food bank use and the evidenced link with Universal Credit (UC) claims.

Whilst I welcome the fact that the Government does more readily admit that there is a link between the rise in food bank usage and flaws within the UC processes, I remain concerned by the lack of any concrete steps being taken to address the problem. With Ministers frequently citing lack of claimant awareness about UC entitlement as a reason for the food bank use increase, I fear that this ignores the very real instances where such awareness is not a factor - and where barriers to accessing much needed financial support continue to be a fundamental problem cause of hardship.

I would like to draw your attention to the report published by the Trussell Trust and StepChange: https://www.trusselltrust.org/wp-content/uploads/sites/2/2019/06/StepChangeBriefing.pdf.

I would welcome your comments on the report, in particular the key ask of removing the need for bridging loans by ending the five-week wait, and the following suggestions:

• In the short term, the DWP should offer Advance Payments as non-repayable grants, at the very least for the most vulnerable groups (e.g. using the DWP’s own definitions of hardship)

• In the long term, remove the need for bridging payments by ending the 5 week wait

• Pay Universal Credit after two weeks and pay awards fortnightly: This would mean the wait for a first payment is automatically shortened by making the ‘assessment period’ (after which a payment is made) two weeks rather than a month.

• Backdate the first assessment period, so that the payment date falls with the start of a claim: This would mean a first proper payment would start straight away, excluding any administrative time to set up a payment.

Last week I received a copy of the report published by the Trussell Trust which included its full end of year statistics. The Trussell Trust report reveals that, across the UK, food banks in their network distributed 1,583,668 three day emergency food supplies to help people in crisis, a rise of 18.8% nationally.

In Brighton and Hove, between 1st April 2018 and 31st March 2019, 3376 three-day emergency food supplies were given to local people in crisis, with 1063 of these going to children. This is a significant 36% leap on the figures for the same period last year in the city, when 2475 emergency parcels were distributed, of which 765 went to children.

I note that last week, following the Trussell Trust's figures being reported widely in the media, the leader of the House, Andrea Leadsome MP, commented on the situation, saying that:

"Universal credit is a far simpler measure to provide people with support to get into work, and some of the work in the Trussell Trust report predates changes that have been made to universal credit to ensure that people can get a whole month of payments upfront and do not need to wait. There are also measures to introduce a two-week overlap of housing benefit payments to ensure that people do not have to wait for money. I believe that the situation he describes has been significantly improved by measures that have already been taken to tighten up payments for universal credit."

Whilst the Trussell Trust do acknowledge that some changes have been made after significant lobbying about the failures of Universal Credit, and evidence about the hardship it has created for many people in areas where it has been rolled out, they have made it clear that the measures introduced do not go far enough, and that the Government needs to end the five week wait altogether. This echoes the calls being made from advice agencies in my constituency, whose clients have faced a multitude of problems since the introduction of Universal Credit locally. I've also heard directly from many constituents about issues with their claims.

Regarding the changes that the Government has made; the 'advance payment', which does allow for a first payment to be paid early, simply serves to delay payment problems and hardship in the immediate short term. As the Trussell Trust explain, "this puts people between a rock and a hard place: no money now, or not enough money later." It does not solve the problem, merely delays it.

As for the two-week overlap referred to, I'm unclear what those in desperate need of financial support in order to provide food and shelter for themselves and their families are supposed to do for the other three weeks before their Universal Credit payments kick in? My understanding is that the two-week overlap is only for some people from July 2020, and not available to all claimants.

With the Trussell Trust report once again shining a light on the failings of Universal Credit, and providing clear, and strong evidence that where UC has been rolled out people are pushed further into hardship and food poverty, will the Government take responsibility, act to end the five week wait, and properly address the problems it creates.