search mobile
“Dear Leavers, you were right to give the establishment a kicking” – Caroline launches project to change Brexit conversation 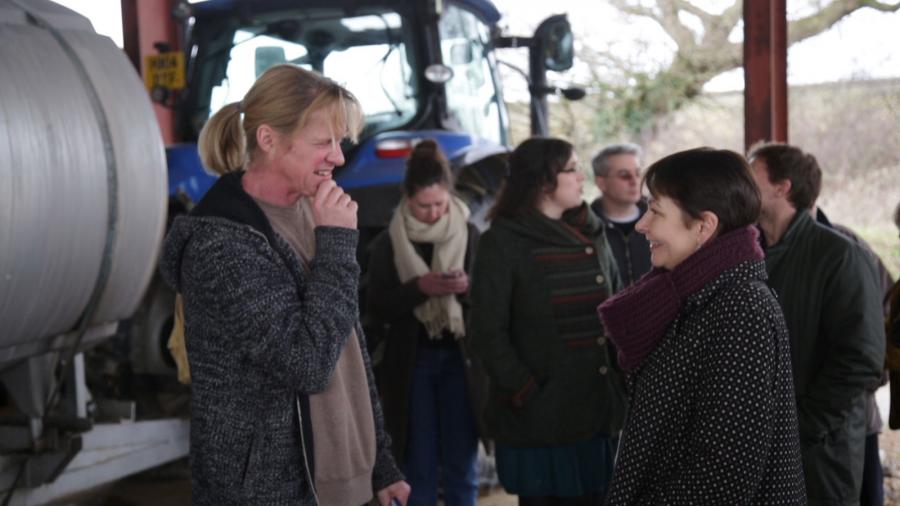 “Dear Leavers, you were right to give the establishment a kicking” – Caroline launches project to change Brexit conversation
Friday, February 8, 2019

Green Party MP Caroline Lucas has today launched Dear Leavers – a project that has seen her visit leave-voting constituencies in a bid to find common ground.

The leading Remain and People’s Vote campaigner has released the first in a series of videos featuring open and frank conversations with people who supported Brexit, about issues like immigration, sovereignty, identity and austerity.

Caroline uses the first video to address leave voters directly, telling them: “In 2016, you gave the establishment a kicking. You were right then – and you still are… It’s time for politicians like me to listen.”

She adds: “We are a country of grotesque inequalities where the status quo is intolerable for far too many. Where most of us don’t have a voice when it comes to the decisions that affect us. Our country has never been so divided or Parliament so hopeless.

“I’ve been travelling to communities all around the country where most people voted Leave to talk about how we build a future together – based on what we have in common rather than what divides us.

“I believe we share many of the same hopes and dreams – and that to realise them power must be in the hands of the people, not just for one vote, but forever.”

Places Caroline has visited so far include Cannock Chase, the Isle of Wight, Dagenham and Swindon – and she is set to visit Dudley, Huddersfield and Wigan in the coming weeks.