search mobile
Caroline: Putin and Assad should be held to account for ‘war crimes’ 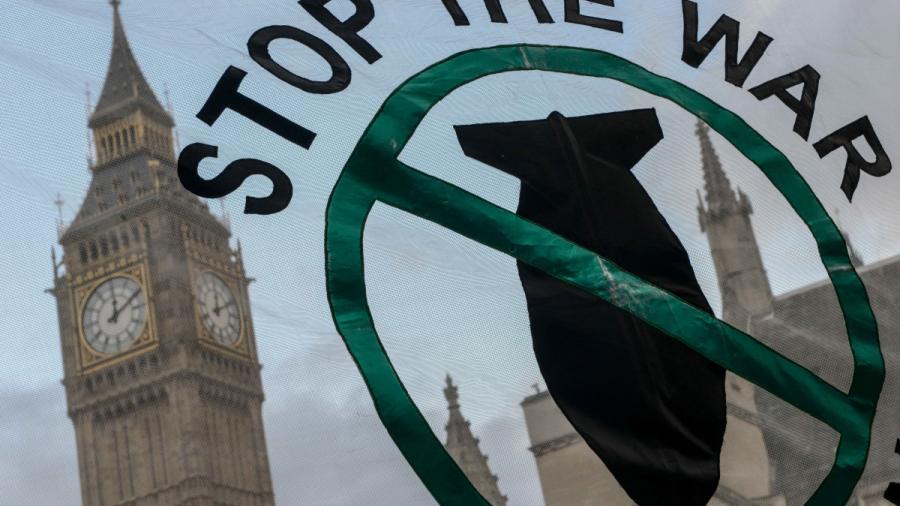 Caroline: Putin and Assad should be held to account for ‘war crimes’
Wednesday, October 12, 2016

* Caroline urging MPs from all parties to sign EDM 513

Caroline has tabled a motion [1] in Parliament condemning military action by Russia and Assad’s forces in Syria, and calling for an International Criminal Court investigation into the attacks.

Caroline, who opposed British military intervention in Syria last year, is also calling on the UK government ‘to impose far reaching sanctions on any countries found to be involved in war crimes in Syria’.

The Early Day Motion, which she tabled today, notes the ‘unspeakable suffering of the Syrian people’ and applauds the aid agencies and workers ‘helping to alleviate the humanitarian crisis’.

“The despicable actions of Putin and Assad’s forces in Syria must be condemned, and both of their Governments should be investigated by the International Criminal Court. Their actions in Aleppo are war crimes and they must be held to account.

“At the same time it’s crucial that Britain adopts a coherent foreign policy. It is clearly inconsistent to blame Russia for creating havoc in the region while we continue to sell arms to the Saudi Arabian Government who are themselves committing war crimes in Yemen.”

“We must also take further action to end the horror in Syria, from redoubling diplomatic efforts to imposing far reaching sanctions on those who bomb civilian targets.”

AERIAL BOMBING OF AN AID CONVOY AND WAR CRIMES IN SYRIA

That this House is horrified by the unspeakable suffering of the Syrian people; applauds the aid agencies and workers helping to alleviate the humanitarian crisis; condemns the 19 September destruction, by sustained airstrikes, of a UN humanitarian convey carrying aid for the Aleppo region; believes those responsible for the destruction of 18 of the 31 convoy trucks and severe damage to a nearby clinic must be held to account under international law; notes on 30 September the UN Secretary General set up a UN Board of Inquiry into the attack; believes the Board’s investigation must be immediate, impartial, full and independent, with any findings brought back before the Security Council; further notes at the beginning of October there was an intensification of the assault on Aleppo by Syrian Government forces, backed by militias, Iranian ground forces and Russian air power; condemns the airstrikes on Aleppo, including the deliberate attack on and destruction of medical facilities; agrees with the UN Secretary General’s description of these attacks as war crimes and calls on the UK Government to back an International Criminal Court investigation of the Russian and Syrian Governments over these crimes; further calls on the UK government to impose far reaching sanctions on any countries found to be involved in war crimes in Syria; and urges all parties with political influence and/or providing military backing to those in the region, to work to end the crisis in Syria by becoming part of a political solution and seeking a negotiated settlement.