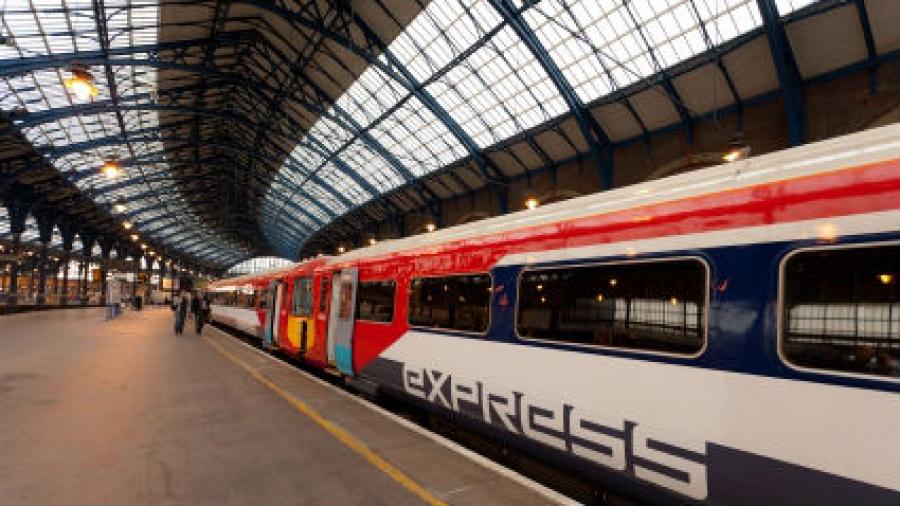 Caroline: private rail franchises 'poor value for money'
Tuesday, August 19, 2014
Green Party members have today been campaigning alongside commuters and transport unions TSSA and RMT as part of a national day of action [1] to highlight another rail fare increase by the Coalition government and to call for the railways to be brought back into public hands.
Rail fares are set to increase by 3.5% in January.
The average ticket price has gone up 25% under the coalition government, vastly out of line with wage rises. In June 2013 Caroline introduced a Private Members Bill , calling for the railways to be brought back into public hands [2].
Caroline said: “Just a few days ago we learned the results of a survey that shows passengers don’t trust train companies like First Capital Connect and Southern.  Yet more proof that the current profit making model is great for shareholders but terrible for passengers.
"We have overcrowded trains, unreliable services, and some of the highest fares in Europe.  That those fares are going up again is nothing short of a scandal.
“The best way to put an end to high fares and unreliable services is to bring the railways back into public hands, which is why I’ve tabled a parliamentary bill to do just that. Such a move would save taxpayers more than “£1 billion a year and lead to lower fares and better services - which is exactly what residents tell me they want and need.”
Green MEP for the South West, Molly Scott Cato has lent her support to today’s actions and to taking back private franchises into public ownership. Before being elected as an MEP, she set up an e-petition calling for the Great Western franchise to be taken back into public ownership [3].
Molly commented: "Greens in the European Parliament will fight hard against any moves to remove the freedom for countries to choose which way they want to run their passenger rail services. For Greens in the UK that means, unequivocally, public ownership of our railways.”
Notes
1.)    The day of action is being organised by Action for Rail. The inflation figure on 19th August is used to calculate increases in regulated fares, like Off-Peak and Anytime Day tickets. This is therefore seen as an ideal day to highlight the fact that the UK has some of the highest rail fares in Europe and that in Europe, publicly owned railways have lower fares, are more efficient, and profits are reinvested back into the service.
2.)    Caroline introduced a Private members bill to this end.
3.)    Molly Scott Cato's e-petition: http://epetitions.direct.gov.uk/petitions/56244