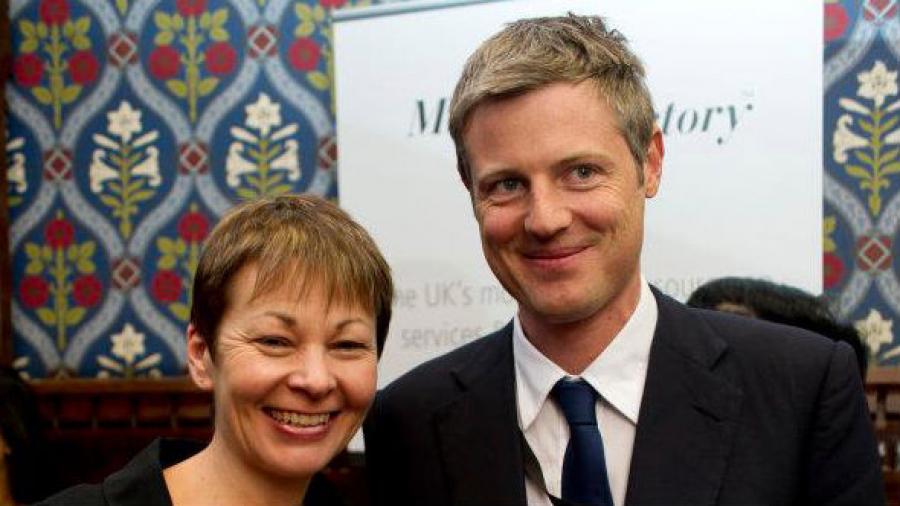 Caroline: make your voice heard
Thursday, October 2, 2014
Caroline is inviting constituents to ‘Note their Vote’ on debates before Parliament.
New digital initiative Note My Vote - www.notemyvote.co.uk  - enables the public to vote on legislation before MPs.
The newly-launched platform aims to bring the democratic process into the digital age and make it easier for constituents to share their opinions and get their voices heard in Westminster.
Votes are broken down by constituency and there is also a national result. These are then sent to MPs and published on the website shortly before the vote takes place in the House of Commons.
The website They Work For You allows people to see how their MP has voted on issues.
Note my Vote creator, Mike Simpson, first tested the site in the East Worthing and Shoreham constituency of Conservative MP Tim Loughton. Following a positive response, Mike decided to extend the scheme nationally.
Caroline, MP for Brighton Pavilion, has given the website her full backing and is encouraging Brighton Pavilion constituents to make their voices heard. Prominent Conservative politician Zac Goldsmith MP has also lent the site his support.
Caroline said: “I don’t believe people are uninterested in politics; they’re disillusioned by a system that simply doesn’t listen. Politics should be a conversation and initiatives like Note My Vote can be brilliant in getting people’s voices heard, getting them engaged and making Westminster more accessible.”
She added: “There also has to be a genuine shift in Parliament itself: it needs to actively demonstrate that people’s views are heard. It needs to be fully representative, MPs need to be held to account. That’s why I’m backing a real Right to Recall - so if an MP breaks a promise, their constituents can vote to have them recalled - and it’s just one of the issues people can vote on using Note my Vote.”
The website’s creator, Mike Simpson, said: “I’m delighted that Caroline has given her support to Note My Vote. She’s giving her constituents a quick and easy way to make their views clear to her and improving her own accountability. I hope other MPs will follow her excellent example.”
There are currently three Bills on the website for the public to vote on; the EU Referendum, Wild Animals in Circuses and Recall of MPs. The Recall of MPs Bill will be debated on October 14 and the EU Referendum and Wild Animals in Circuses Bills will be debated on October 17. Polls on the Note My Vote website will close two days before the debates in Parliament.
People can also vote on breaking news items - again with results being sent to their MPs.
Notes to Editors
Registering for Note My Vote is easy, and polls require yes or no answers. Just visit: www.notemyvote.co.uk/register
Caroline has criticised Nick Clegg's Recall Bill, which she says should enable MPs to be held to account by their own constituents. Caroline has been part of a cross party committee of 12 MPs, which has a ready-written alternative: a genuine recall Bill allowing voters to hold their MPs to account.
Caroline recently supported a Digital Democracy Commission Workshop, an initiative of the House of Commons Speaker John Bercow, held in Brighton. The event was designed to encourage young people to explore how technology can encourage better engagement in and transparency of politics.