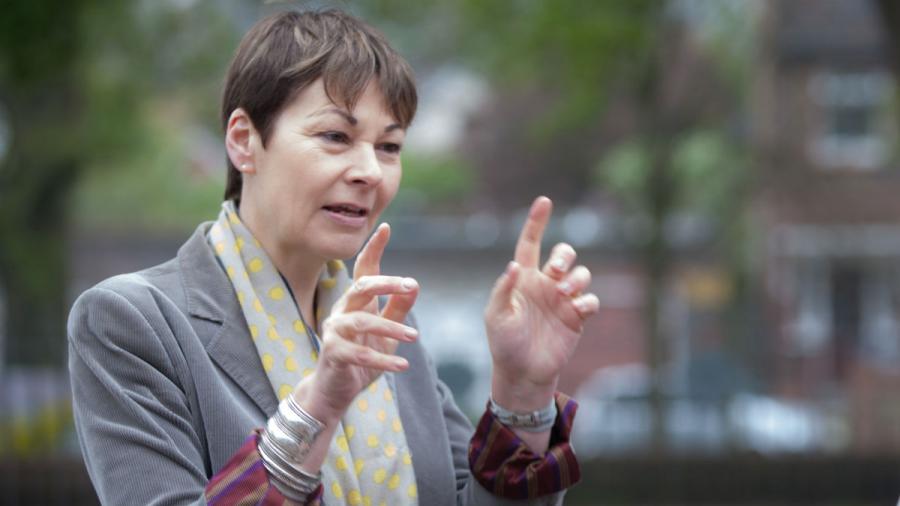 “Backward facing budget chases every last drop of oil instead of investing in a clean, green jobs-rich economy” says Caroline Lucas
Wednesday, March 19, 2014
Caroline Lucas, MP for Brighton Pavilion, called for the Chancellor to do more to address fuel poverty and invest in tackling the causes of climate change.

Instead of giving in to polluting industries by freezing the carbon price floor, the Chancellor should listen to people struggling with high energy bills, and recycle all carbon tax revenues into a programme to make all our homes super-energy efficient. This would bring 90% of homes out of fuel poverty, quadruple carbon savings, and create up to 200,000 jobs.

The Prime Minister’s claim that ‘money is no object’ when it comes to flood protection has not been realised in the Budget Statement. The extra money announced today for repairs to damage flood defences does not close the £500m gap between current flood defence investment and what is required just to keep pace with climate change, putting 250,000 more homes at flood risk over the next twenty years.

With current investment only half of what is needed to meet the Government’s own climate targets, the Chancellor has missed another opportunity to address the green finance gap and get serious on climate change.

A programme of green quantitative easing, where investment is directed into energy efficiency and renewable energy generation, would boost jobs, lower carbon emissions and reduce our reliance on polluting fossil fuels.

Today’s Budget did nothing to address the housing crisis. The Treasury should both lift current caps on council borrowing for house building and provide direct capital spending to allow councils to build a mass programme of sustainable council housing.

Over time this would help ease the chronic housing supply problem and begin to address high rents. A cut in VAT rates for housing renovation and repair would have helped get empty homes back into use and help small local businesses thrive.

There was also a worrying silence on the need for all new homes to meet the highest possible water and energy efficiency standards to ensure the lowest possible utility bills for families who will live in them.

“Responding to climate change and tackling inequality are the biggest challenges facing this generation of politicians.

“In the midst of the winter floods, the Chancellor said that we should do what we can to prevent climate change.  But his announcement of more tax breaks for fossil fuel extraction and his determination to force a new dangerous shale gas industry onto communities all across the UK will only make climate change worse.

“The Chancellor’s reckless obsession with burning every last drop of oil and gas completely undermines recent statements we’ve seen from Ministers about the risks of climate change to our homes and businesses.

“It’s also blinding him to the huge economic opportunities of a rapid transition to a zero carbon economy based on energy efficiency and home-grown renewable energy. The UK could be a world leader in renewable technologies and manufacturing, if the Chancellor decided to back the clean industries of the future rather than dirty pollution industries of the past.   A nationwide retrofit scheme to make all homes super energy efficient, would create jobs, tackle fuel poverty and cut energy bills.”

“David Cameron said that money was no object when dealing with the recent flooding but he won’t redirect investment to tackling the causes of climate change. These must be urgently addressed if the Government is serious about protecting the nation from extreme weather in future.

“We know that a fraction of the money that the Bank of England has poured into the banks would make a real difference in tackling the causes of climate change. The bankers have had their turn. Now it’s time for the Treasury to help create jobs, stabilise the economy, and support the environment.”

1. They also proposed that a further £16 billion of Green QE could be spent really kick-starting the government’s Green Deal energy efficiency programme for homes. The government expects this to support at least 65,000 jobs in insulation and construction by 2015. Local authorities, many of whom are already involved in planning to make tens of thousands more local homes energy efficient, could also access a QE Green Deal fund to initially finance such work.

2.  The Bank of England could buy new types of assets instead of UK government bonds if it ever has another round of the money-printing programme it launched in 2009 to combat the economic crisis, its governor, Mark Carney, has said.

Mr Carney made the disclosure in a letter to Green party MP Caroline Lucas, who is part of a body called the Green New Deal Group that wants billions of pounds funnelled into environmentally beneficial infrastructure projects with what it calls “green quantitative easing”.

The quantitative easing programme was started five years ago to bolster the crisis-hit economy. The BoE printed £375bn of new money and pumped it into household and company bank accounts by buying government bonds, or gilts.